From Toys”R”Us to Toys Were Us

Brian Goldner, the CEO and Chairman of toymaker Hasbro, has died at age 58, the company said Tuesday (Oct. 12). The announcement comes two days after the Pawtucket, Rhode Island, company said Goldner was taking an indefinite leave of absence for medical reasons.

Hasbro did not disclose the cause of death, however Goldner had told shareholders that he had been receiving treatment for prostate cancer.

“It is with deep and profound sadness that Hasbro announces the passing of beloved leader and longtime Chairman and CEO Brian D. Goldner,” the company said in a statement Tuesday afternoon. 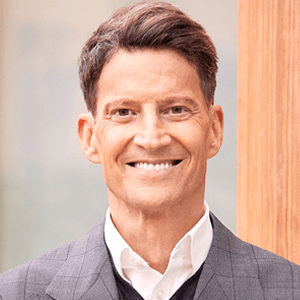 Brian Goldner is survived by his wife and daughter.

Brian Goldner joined Hasbro in 2000 and helped the toymaker expand into the entertainment, leading G.I.Joe, Transformers, and My Little Pony to the big screen. Under his transformative leadership, Hasbro expanded beyond the realm of toys and games into television, digital gaming, movies and other areas. The strategy lead to the acquisition of Canada’s Entertainment One studio in 2019, adding PJ Masks, Peppa Pig and other animated shows for preschoolers to Hasbro Studio’s content portfolio.

Other Hasbro brands include Monopoly, Power Rangers, Magic: The Gathering, Nerg, Play-Doh, and Dungeons & Dragons. The company also inked a licensing deal with Disney consumer production for the Princess and Frozen brands.

Goldner first began working as Hasbro in 2000. He was appointed CEO in 2008 and became chairman of the board in 2015, according to the company. He also served on the ViacomCBS board of directors.

“Brian was universally admired and respected in the industry, and throughout his over twenty years at Hasbro, his inspiring leadership and exuberance left an indelible mark on everything and everyone he touched,” the statement continued. “A mentor and friend to so many, his passion and creativity took Hasbro to new heights.”

Goldner is survived by his wife, Barbara, and their daughter.

A legacy of transformative legacy

Marc Rosenberg, a former Head of Marketing at Hasbro Toys and Tiger Electronics, said the Goldner was always interested in weaving a compelling story about toys. He often went to the archives to pull out such brands as the Littlest Pet Ship, Transformers and My Little Pony.

“His idea was to take brands that had been sitting dormant and reimagine them,” he said. “He always said you have to have a story arc, whether it is toys or movies.”

These sentiments were shared by people who worked closely with Goldner.

“Brian’s passing is a tremendous loss for Hasbro and the world,” said Edward M. Philip, Lead Independent Director of Hasbro’s Board of Directors. “Brian was universally admired and respected in the industry, and throughout his over 20 years at Hasbro, his inspiring leadership and exuberance left an indelible mark on everything and everyone he touched.”

When Hasbro announced Goldner’s indefinite medical leave, it said that Rich Stoddart, the Lead Independent Director of the company’s board, has been anointed as interim CEO.

The Squid Game segments were watched by at least 132 million people in the first 23 days of the show on Netflix. Know what excited the viewers.
15 hours ago