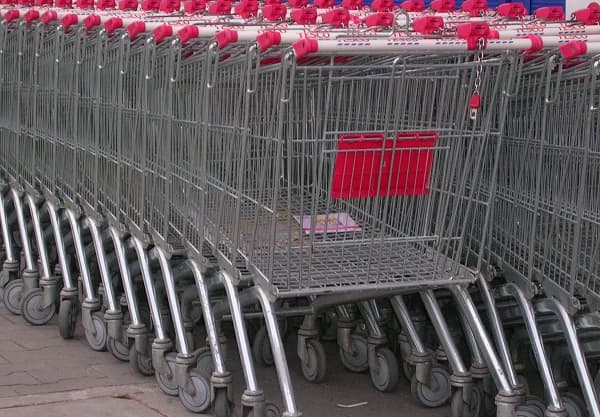 News from the British Retail Consortium bodes well for UK retail and designer merchandisers. Struggling in the past few months, the news of 3.7 percent growth in March is certainly promising. The same-store sales climbed by roughly 1.9 percent on a year-on-year basis, but still the figure is encouraging. The BRC also noted that February’s growth in total sales amounted to around 4.4 percent and for same-store the rise was approximately 2.7 percent.

A noticeable trend was in the sale of food products thanks largely to Easter shopping. Retail sales in the clothing and apparel sector however showed a downward trend, in comparison to last year, mainly due to the cold weather across the country.

The Director General of BRC, Helen Dickinson, said that these were positive results and affirmed the first quarter of cautious sales in the earlier financial quarter.

When data for the first week of March is analyzed, sales performance have definitely been encouraging despite the poor weather and the related impact. The boost in sales figures in the past three weeks is definitely what this sector has been waiting for the past quarter.  Not surprisingly, the performance in other sectors is expected to be buoyed by the general increase in confidence.

Online retail sales too slow down

However, the external perspective of the retail industry is that there has been a considerable shift towards online sales for the retail sector. But online sales also saw a decline, claims BRC’s statistics. A noticeable trend, according to Ms. Dickinson, is that although most online buyers did start with researching for a sale online, they would end up buying or finishing a purchase at a storefront.

According to analysts, the BRC’s March report has depicted an overall good performance. Despite marginal growth, it also showed market resilience and was supportive of a higher growth in the next quarter. Though these risks were applicable across all sectors since consumers are affected by the overall economic environment, according to the majority.

Consumers are likely to spend less in comparison to their previous years’ spending thanks largely to the continued limitations of low-wages and inflation. Just to remind, the consumer prices inflated to 2.8 percent in February from 2.2 percent in September. With the likely increase in inflation, the sales figures will be affected.

In fact, some analysts are convinced that the inflation could move to above 3 percent benchmarks and wages would remain at January’s 1.0 percent instead of the high peaks noted in August of last year.

Additionally, another report by the Recruitment & Employment Confederation noted that March showed the slowest filling-up of permanent jobs and placement by recruitment agencies in spite of the fact that there is a distinct need for skilled workers continued to plague the market.