Brazil does not plan new incentives for automakers 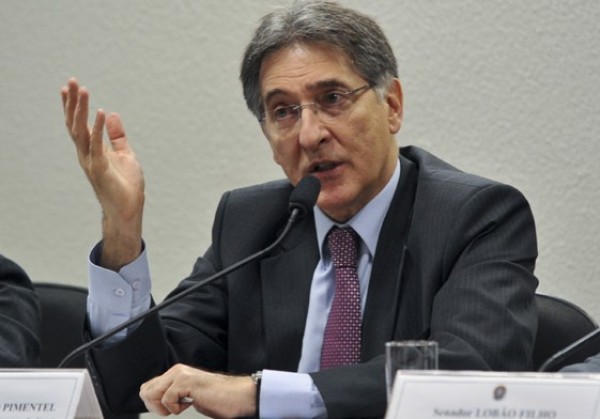 Brazil does not plan to offer new incentives for automakers, but the government has not stopped taking steps to boost the competitiveness of other industries, Trade and Industry Minister Fernando Pimentel said in an interview.

Fernando Pimentel told a newspaper that the Brazilian government plans to encourage automakers to invest more heavily in innovation to meet surging demand in the world’s fourth biggest auto market. He said, “The industry already has many incentives. I don’t see the need to touch that”.

Last week Brazil announced a series of tax breaks and promoted credit to help struggling manufacturers and to speed up the country’s weak economic recovery. Critics say those measures are just short-term solutions and don’t address underlying problems such as a heavy tax burden, bureaucracy and lack of investment.

Fernando Pimentel also said, “Bring over here the engineering, production, research and innovation departments. We want products conceived in Brazil. We have the capacity to produce”.

In the recently adopted measures for the auto industry, automakers will be offered tax cuts in exchange for further investment in research and development. Fernando Pimentel said Brazil is ready to help other industries regain competitiveness and mentioned pharmaceuticals, chemicals, appliances and fertilizers as sectors that are on the government’s radar.

Why people want to invest in Brazil?

Pimentel believes that the world is showing that whoever has the demand controls the supply.  And we have a market of almost 200 million Brazilians. That is why people want to invest in Brazil, sell their cars there. Why would Brazil give up that power?

President Dilma Rousseff said, “Domestic demand is key for the BRICS nation to resume vigorous economic growth after a disappointing 2.7 percent expansion in 2011, down sharply from 7.5 percent growth in 2011.Brazil, a key market for global automakers such as Ford, Fiat and General Motors, last year sharply raised taxes on imported cars in an attempt to encourage local production”.

Dilma Rousseff accused rich countries of setting free a huge cheap capital that is propping up Brazil’s currency and leading to a flood of imports while making the country’s exports less competitive. Brazil also imposed quotas on auto imports from Mexico, last month, pointing criticism of what many see as a gush in protectionism.

Pimentel rejected the charges of protectionism. He said Brazil is playing by the rules and could not be challenged at the World Trade Organization. Pimentel said, “There are always going to be people complaining and gritting their teeth, but nobody is going to open a panel against us”.