Virtual Reality, you see, isn’t mere, an oxygen mask for kicking in your fantasies, it rather has the potential to invent a whole new megacosm of brand advertising.

Big brands and marketers are taking a leap into the nascent world of VR technologies, for instance, Coca-Cola, Nissan, HBO, and many more. The debut of virtual reality in brand advertising has not only transformed the way how ad industries work, but it has provided the advertisers and marketers with a significant angle to target a massive audience base. 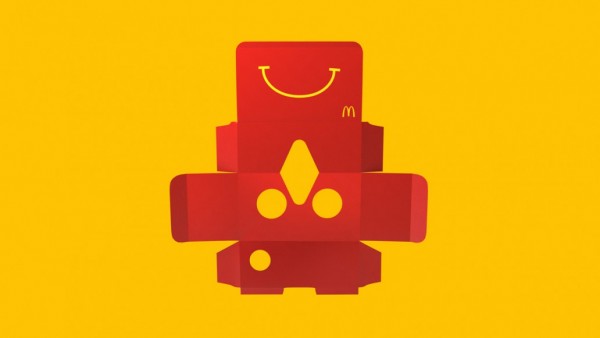 The first beginners are wagering on the future of virtual reality in brand advertising, where VR goggles are available for $300 at Walmart, and can deliver exemplary and visceral customer experiences.

Imagine Burger King taking you for a virtual tour of the FIFA or Budweiser offering you a front-row seat to virtually enjoy Beyoncé live-in-concert.

These fantasies may start transforming into reality soon, as according to the predictions by various marketing and advertising research firms, by 2018, the Augmented and Virtual Reality hardware manufacturers will annually generate revenue of $1.06 billion globally.

The market has received yet another competitor in VR advertising. Soon you may be offered with a Big Mac having an aspect of Virtual reality.

Yes. It’s absolutely correct. The latest contender to enter the VR space is McDonald’s ‘Happy Meal’, which no one in their sane mind had ever expected. 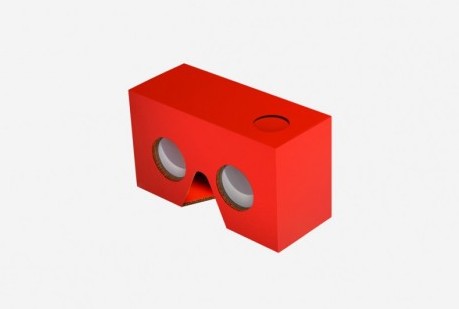 ‘Happy Goggles’, is a part of a testing promotion ongoing in Sweden by McDonald’s, which transforms boxes of Happy Meal into a simple device similar to Google Cardboard that can be further used via smartphones. It will only be available for a limited period of time.

The ‘I’m Lovin’ it’ company has designed a skiing game, Slope Stars, which can be accessed via Happy Googles, or any other smartphone VR devices for its latest brand advertising campaign. The campaign is also looking forward to launching itself in other regions if it emerges out as a hit.

The Happy Googles, priced at almost $4, is a part of the latest shift in trend, in the direction of low range VR mediums, for instance, Google Cardboard.

The entry of virtual reality in brand advertising has proven to be quite transformative. The brand advertising industry has employed this technology in applications having a business-to-business approach. On a wider scale of this latest advertising model, market forces are working hard to introduce virtual reality to a larger consumer base. Oculus, the $2 billion baby of Facebook, for instance, is considered as the most recognizable VR brand, which is being used by advertisers and marketers all over the world.

Brands are investing billion dollars in creating experiences because the ever-growing fad of VR technology has appealed a wide swath of audience base who are looking forward to adopting the immersive world of VR technology via low range, mid range, and high range VR kits available, for instance, Google Cardboard, Samsung Gear VR, and HTC Vive respectively.

Brands indulging into advertising via VR medium might be a huge risk that advertisers and marketers are willing to take, but big-shot production companies, numerous start-ups, and filmmakers are betting high on success.

Apple iPhone 13 Pro and iPhone 13 Pro Max can be a hit with its ever new technology A15 Bionic chip and other cool profound features.
13 hours ago