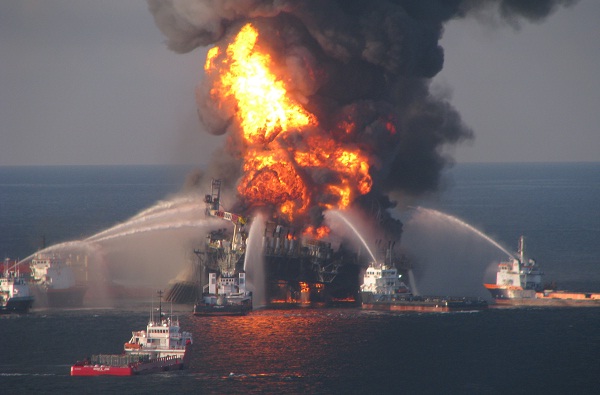 Everything indicates that BP Plc will have to dive into its pocket to cover all demands related to the Deepwater Horizon oil spill. On the 25th of February, the Gulf oil spill trial finally began. It is strongly believed that BP Plc, Transocean Ltd and Halliburton Corp. will have to play hard if they do not want to pay so much. Multi-billion demands certainly might give BP and its contractors the heebie-jeebies but the deadly explosion and the biggest oil spill ever took a great toll on the environment and people’s lives, including death of 11 workers and soiled beaches and swamps.

The Gulf oil spill trial began before Judge Carl Barbier in New Orleans and it is expected to bring record damages. Mike Underhill, a US Justice Department trial attorney, underlined at the beginning of the Deepwater Horizon trial: “Not only was it within BP’s power to prevent the tragedy, it was its responsibility.” What is interesting is the fact that attorneys of co-defendants, Transocean Ltd and Halliburton Co., pinned the blame for the oil spill on BP Plc. Yet, Mike Brock, the lawyer of BP Plc, stated that the blame for the tragic Deepwater Horizon oil spill was shared by three companies and not by the British multinational oil and gas company itself.

In addition, if BP Plc does not want to dive into its pocket, it will have to demonstrate that its mistakes do not fit the legal definition of reprehensible negligence. As of yet, the British multinational oil and gas company has paid or committed as much as $38 billion on cleaning up oil spills, restoration and fines, etc.

Authorities demand approximately $21 billion as the blowout and explosion led to a spill of more than 4 million barrels of oil in the Gulf of Mexico. Indeed, the Deepwater Horizon oil spill also led to countless lawsuits against BP Plc, Transocean Ltd and Halliburton Co. as well. Certainly, if prosecutors and plaintiffs demonstrate that these companies were negligent, defendants will have to pay through the nose.

However, analysts are convinced that an agreement is still possible. Sources familiar with the matter informed that the Justice Department and Gulf Coast states, including Alabama, Florida, Louisiana, Mississippi and Texas, had offered the oil giant a $16 billion agreement to cover the possible forfeiture under the terms of the famous Clean Water Act. Yet, many experts and ecologists are against this solution. Larry Schweiger, chief executive officer at the National Wildlife Federation, underlined that $16 billion deal would not be enough to cover all costs.  But federal and state authorities are widely expected to be keen on signing the settlement as the Gulf oil spill trial might last even years. Therefore, analysts are strongly convinced that two sides will reach an agreement before the verdict of the court.

The Deepwater Horizon oil spill in the Gulf of Mexico led to destruction of wildlife in the area and ruination of people’s lives. Even though BP Plc has already paid or committed to pay approximately $38 billion, the Gulf oil spill trial might result in the another hefty compensation. The plaintiffs in the civil Deepwater Horizon trial, including the aforementioned five Gulf states, individuals, businesses and the federal government, believe that the evidence shows that BP Plc cut costs going against the people’s welfare and the good of environment.

As it was underlined by Michael Underhill, the Justice Department’s lead prosecutor, BP Plc is accountable for its own actions which were reckless in many cases.