Petrobas of Brazil to sell off shore gas fields to consortium 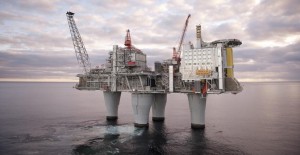 In a major attempt to focus on operations in the central and northern parts of the oil-rich region, British Petroleum has announced plans to sell its stakes in gas fields in the southern North Sea.

The North Sea assets up for sale include Mercury, Ravenspurn North and South, and the Amethyst fields. BP’s interest in the fields earmarked for sale produces 40,000 barrels a day of oil and gas equivalent, corresponding to about 15% of BP’s total UK production. 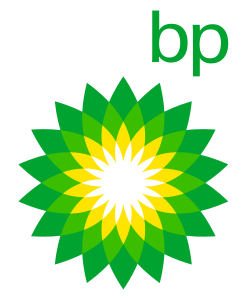 BP, a world leader in energy

“The North Sea is a significant business for BP and we are currently investing here at the highest level for more than 10 years, with four major new field development projects under way in the UK and two in Norway,” said Trevor Garlick, regional president of BP North Sea in an email to the staff employed at BP’s North Sea operations.

“The assets we intend to divest are of high value but find it difficult to compete for capital and resource within our North Sea portfolio” he added.

He further said, “If we can achieve suitable value, we anticipate that staff will transfer employment to the new buyer when the divestments are completed”.

Other assets being sold by the company include infrastructure such as the Dimlington gas terminal in North Humberside and the Dimlington to Saltend pipeline. BP also plans to sell its Wytch Farm onshore oilfield in Dorset, the largest in Western Europe.

Last year, the company raised £12.6bn through disposals, selling assets in Argentina, North America, Egypt, Venezuela, Vietnam and Colombia. If this proposed sale of its North Sea assets by BP is completed before the end of 2011, the proceeds will contribute to BP’s compensation fund set up in the aftermath of last year’s Gulf of Mexico oil spill, although BP says this is not the primary reason for their sale.

The company has recently announced two major deals as it attempts to put the Gulf of Mexico disaster behind it – one in Russia and one in India.

In Russia, BP has formed a strategic alliance with state-backed Russian energy giant Rosneft. The two companies are finalising a deal that will see them swap £5bn in shares and pledge to explore the Arctic together for oil.

In an interview on Tuesday, Igor Sechin, Russia’s Deputy Prime Minister and Rosneft’s chairman, said he would want Rosneft to have a seat on BP’s board in exchange for BP having a representative on Rosneft’s board.

He argued that this would “cement” the Arctic exploration partnership. A spokesman for BP said that the board is was “something to be discussed in the future”.

BP also said on Tuesday that it had agreed to help fund a wide-ranging study to determine whether those who helped clean up Deepwater Horizon oil spill are now suffering ill health because of it. The company will pay $6m (£3.7m) toward the cost of the study, which will track for the next decade the health of more than 50,000 people who helped deal with the spill.

The study was commissioned by the National Institute of Environmental Health Studies after people complained of a range of ailments including headaches and breathing difficulties. BP, which is taking the $6m from an existing fund established to pay for scientific research after the spill, said it was keen to back an “independent and credible” study of the issue.