Reports by The Daily Mail newspaper regarding Royal Dutch Shell having considered a takeover bid during the Gulf of Mexico oil spill resulted in oil major BP’s (British Petroleum) shares hitting a six-month high. Almost £5 billion was added to the market value of BP as investors flocked to the stock on hopes of a takeover. 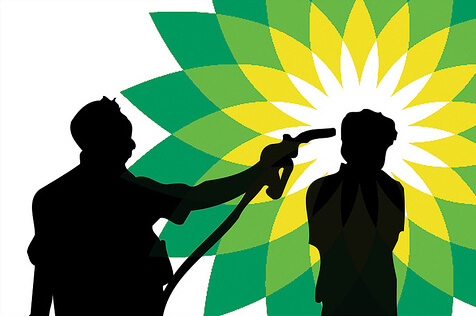 The Daily Mail report said that Shell weighed an opportunistic bid for BP as crude gushed into the Gulf, but pulled back from making a rescue offer for its longstanding rival on fears that the uncapped legal liabilities could blow a huge hole in BP’s future prospects. The newspaper also reported that Shell could still bid for BP if another suitor emerged but Europe’s largest oil company by market value was unlikely to be the “first mover”.

Helping positive sentiment in BP were hopes that the oil group’s compensation bill for the gulf oil spill could be smaller than originally feared. Mic Mills, head of electronic trading at ETX Capital said BP was also being boosted by comments late on Dec. 31 from the lawyer running BP’s gulf spill oil compensation fund that suggested damages payments could be half the expected level. While BP was able to cap private-claims from businesses around the Gulf of Mexico region at $20billion after negotiations with the White House, it still faces the possibility of huge fines from the US government.

Ken Feinberg, the lawyer looking after BP’s compensation fund for the explosion, echoing the positivity at BP about having capped the damages to half of what was originally feared, said in an interview that about half the £12.8billion pumped into the fund should be enough to cover claims.

The latest jump in value, coming on the back of a rally in BP shares, means that the group is now worth £93billion compared to just £56billion when shares hit a low of 296p in early June last year – making a bid a much more expensive affair for a suitor.

BP shares trade on a price-earnings ratio of 6.5 times, consensus 2011 earnings, while Shell trades at 8.9 times, partly reflecting the fact BP’s actual earnings could be far lower if it was found to have been grossly negligent in causing the oil spill which would boost legal costs and fines.

The possibility of a merger between Shell and BP has been discussed before. In his memoirs Lord Browne, the former BP chief executive, revealed how the BP board had ruled out a merger in 2004 when the UK oil giant would have been larger than Shell. 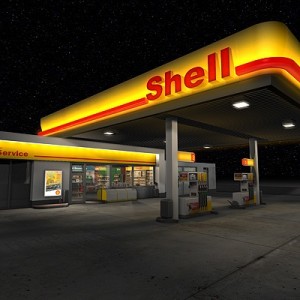 Shell executives were on alert throughout the Deepwater Horizon catastrophe and the company resolved to step in with a counter offer should one of the American oil giants, Exxon-Mobil or Chevron, bid first. It was widely reported in June that Exxon had hired advisers to look at a possible rescue bid.

Analysts and industry sources said during the crisis last summer it was likely that both U.S. oil giant Exxon Mobil and Shell – the only companies considered large enough to mount a bid — would run the slide-rule over BP. However, the two notoriously conservative companies were seen as likely to be discouraged by the open-ended nature of BP’s liabilities.

Now BP’s shares have rebounded 65 percent from their June low at 296 pence, to give BP a market value of around $140 billion, a bid would be much harder to mount, especially for Shell which is worth over $210 billion. Even with Exxon’s estimated market value of almost $370 billion, it is uncertain whether regulators on either side of the Atlantic would support a tie-up in top tier of the industry.

Amazon Inc. plans to set up a pop-up clinic at its Seattle headquarters on January 24 to help vaccinate 2,000 eligible members of the publi...
58 mins ago