Warning: preg_match(): Unknown modifier '/' in /home/customer/www/industryleadersmagazine.com/public_html/wp-includes/class-wp.php on line 233
 BP ready to take offers for its stake in TNK-BP

BP ready to take offers for its stake in TNK-BP 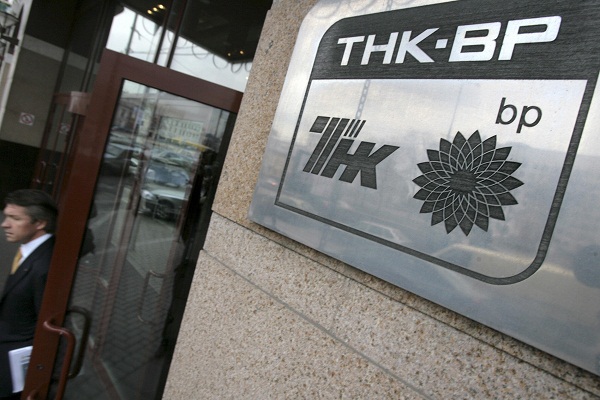 On the 17th of October bidding will open for BP’s half of TNK-BP, the Russian oil company. The most likely buyer is Rosneft, state-owned oil major company, yet AAR does not bury its hopes.

The Opening of bidding

Everything indicates that the future of BP’s lucrative Russian joint venture could be decided in couple of days, with the BP’s obligation to conduct good faith talks with its partner AAR ending on the 17th of October. Bob Dudley, chief executive officer at BP Plc, is in Moscow at the appointment of foreign investors with Prime Minister Dmitry Medvedev. According to sources, BP Plc has booked approximately $19 billion in dividends from its initial investment of roughly $7 billion back in 2003. By selling its stake in TNK-BP, BP Plc may earn a further $25 billion. BP Plc decided to sell its stake in TNK-BP, which is the Russia’s third-largest oil company, when it realized that the cooperation with another owner, AAR consortium, would not be possible any more.

But there is a third player in the game. As it was stated by Igor Sechin, chief executive officer at state oil company Rosneft, Kremlin had backed the decision of the firm to acquire BP’s stake in TNK-BP. BP Plc informed that it might take a direct equity stake in Rosneft with some of the sale proceeds.

However the future of TNK-BP is far from sealed as on one hand, Rosneft is negotiating with BP Plc on the offer and, on the other hand, AAR is considering the sum for BP’s stake in the TNK-BP. According to Mikhail Fridman, the company has not decided yet how much it would like to pay for the stake, however the sum would be “competitive”.

BP’s stake in TNK-BP is valued at approximately $20 billion, yet AAR is expected to bid more as the billionaire quartet is also keen on ending the partnership with the British multinational oil and gas company either by acquiring its stake or selling its own 50 percent stake for a decent sum.

BP Plc has been negotiating with Rosneft for months. The British multinational oil and gas company has approximately 1.5 percent stake in Rosneft. According to sources familiar with the matter, after selling its stake in TNK-BP the British oil giant wants to build up Rosneft shareholdings as a sign of its good faith in Russia. In addition, BP Plc intends also to use some of the proceeds to pay down the debt.

Just two years ago, the Russian state-owned oil major company planned a deal with BP Plc to explore Russian west Arctic. However the strong objection of oligarchs prevented them from beginning the exploration. The BP and Rosneft’s cooperation which would be strengthened by the increased shareholding might also go back to the plan and start the exploration of Russia’s Arctic.