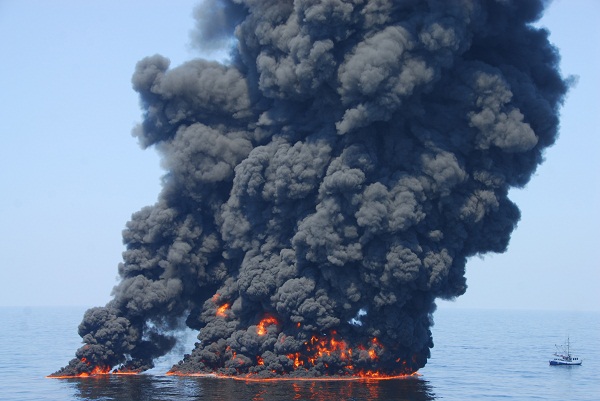 BP and the Deepwater Horizon disaster

BP did not focus on the main hazard issues; instead it concentrated on details of personal worker safety. According to U.S. investigators, companies’ (BP Plc and Transocean Ltd) oversight led to the 2010 Deepwater Horizon disaster. BP Plc and Transocean Ltd had lacked clear rules for essential tests, inter alia, test ensuring that Macondo was safely and properly sealed, which triggered the 2010 Gulf of Mexico oil spill.

The Chemical Safety Board and Hazard Investigation Board, which is set to probe industry accidents, reported that mistakes of BP included a failure to access potential risks while drilling the Macondo well. In the Deepwater Horizon disaster in 2010 eleven workers were killed and about 200 million gallons of oil flowed out into the Gulf of Mexico. The Macondo well had been booting out the oil for 87 days straight, contaminating shorelines of four American Gulf Coast states. The Deepwater Horizon disaster has been the biggest offshore oil spill since the 1989 Exxon Valdez spill in Alaska. However the drilling rig was owned and operated by another company, BP had just the lease on the well. That is why BP had put the blame on the drilling contractor Transocean for the disaster. The contractor-owner division is believed to have been the major problem in accident prevention with the oil disaster. Daniel Horowitz, the managing director of the U.S Chemical Safety Board, stated: “In reality, both Transocean and BP dropped the ball on major accident hazards in this case.” In addition, it was also said that BP did apply minor process standards to rigs, which were contracted out, compared with its own facilities. Moreover major accidents risk for the Macondo well or the Deepwater Horizon had not been run by BP, because as the report said company’s evaluation program “looked only at BP assets, not drilling rigs that it contracted”.

Findings of the Chemical Safety Board have caused the reaction of two involved companies. According to the BP spokesman, the disaster was “the result of multiple causes, involving multiple parties,” at the same time company “has taken concrete steps to further enhance safety and risk management,” together with new drilling standards. BP had focused too much on the financial risks than on safety risks prior the Deepwater Horizon catastrophe. However after the accident, the BP’s own accident investigation report “recommended requiring hazard reviews of BP-owned and contracted rigs.”

On the other hand, conclusions of the Chemical Safety Board were accepted by Transocean with much dignity. Brian Kennedy, Transocean’s spokesman, said: “Transocean is committed to continuous improvement in both personal and process safety performance,” adding: “We look forward to reviewing the CSB report in its entirety toward that end, just as we have with the many investigative reports that have preceded it.”

“A culture of safety”
The safety of workers, monitoring them if they wear the right kind of clothes and shoes, reducing lost time for workers, all of those issues are important, but as said former Navy secretary and up to date engineering professor Donald Winter: “but that really doesn’t have much to do with system safety.”
Safety metrics, which are used by the oil and gas companies, do not sufficiently monitor the risk of accidents. Offshore companies mainly focus on individual injuries, not on unsafe practices which can be catastrophic. There has to be built a new “culture of safety”. It would create a situation in which a single worker would make decisions reducing the risk.