We need to know if Bored Ape NFTs are the Beanie Babies of 2020s.

Who would have thought that 2022 would be the year when NFTs would surpass Bitcoin as the most inflated and volatile assets of all time? Much to the chagrin of crypto founders, here we are. In recent days, the Bored Ape Yacht Club (BAYC), has etched its name as one of the richest, cringiest projects of its kind. Like all the other times, Hollywood has stepped in to give meaning (and money) to this new cringe in town.

The Cult of Bored Ape

In a short span of time, the BAYC NFTs have seen millions trickling from A-listers like Mark Cuban, Eminem, Justin Beiber, Steph Curry and Post Malone. What was once an internet curiosity is now an influential trade club that you cannot get access to unless you have billions tucked safely in places like the British Virgin Islands.

There are over 10,000 Bored Ape Yacht Club NFTs as of this moment. This wildly popular collection of nonfungible tokens, or NFTs come with different traits and outfits. All wear the same apathetic look on their face. These features give each ape a certain value. 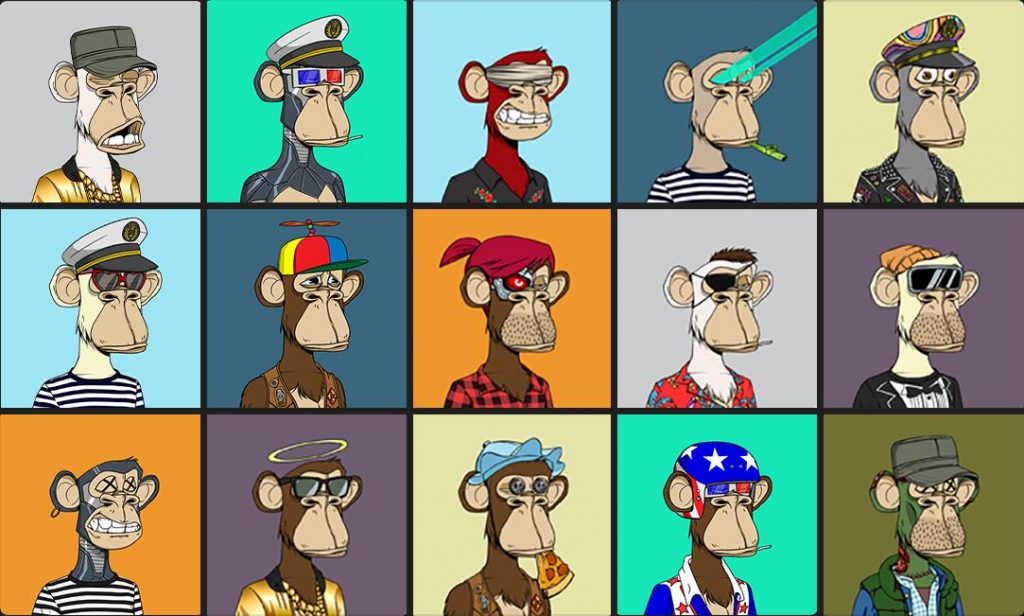 We’re essentially living in the Metaverse and what could be a bigger proof than Paris Hilton raining $300,000 to get access to the rare Bored Ape Yacht Club (BAYC).

According to blockchain data tracker CryptoSlam, Bored Apes are already the third-most valuable collection of NFTS, with $1.5 billion in all-time sales. We wouldn’t have to tell you this if you’re a viewer of Jimmy Fallon’s Tonight Show, where Paris Hilton revealed that she’d recently bought a Bored Ape of her own for $300,000.

What makes the bored-looking ape avatar such a big deal? Here’s what we’ve found. The minimum cost of entry is 94 ether or about $288,000. The value of ApeCoin will increase as more and more A-listers rush to buy it, making it more and more valuable. What’s not helping is that there are only 10,000 NFTs available out there.

Some NFT collectors believe that like tangible pieces of art, these intangible objects will only increase in value. Since its debut in April last year, the Bored Ape Yacht Club has become one of the most sought-after NFT collections on the planet.

Where there’s apeshit money there’s also flak and it went in no other direction but Gwyneth Paltrow’s twitter feed. When Gwyneth Paltrow jumped on the NFT boat, twitterati attacked her saying it was on-brand for her to join a ‘pyramid scheme.’

Launched in April 2021, Ape Coin was valued at 0.08 ether (about $190). Its creators–Greg Solano, a 32-year-old writer and editor, and Wylie Aronow, a 35-year-old originally from Florida–remained anonymous until recently when its scarcity, speculation and hype knew no bounds.

According to Dan Olson, who recently went viral for explaining how NFTs are a “poverty trap,” in order to make any money from an NFT you need someone to be a “bigger fool” in this chain of customers, someone who has more riches than you do. In other words, NFTs are nothing more than a pyramid scheme for the elite.

Only time will tell if Bored Ape becomes the Beanie Babies of our generation or a real ‘flex.’

Anna Domanska
Anna Domanska is an Industry Leaders Magazine author possessing wide-range of knowledge for Business News. She is an avid reader and writer of Business and CEO Magazines and a rigorous follower of Business Leaders.
« Ryan Cohen Amasses GameStop Shares Worth Over $10 Million
SEC Reiterates It Can Subpoena Musk Over Tweets »
Leave a Comment
Close