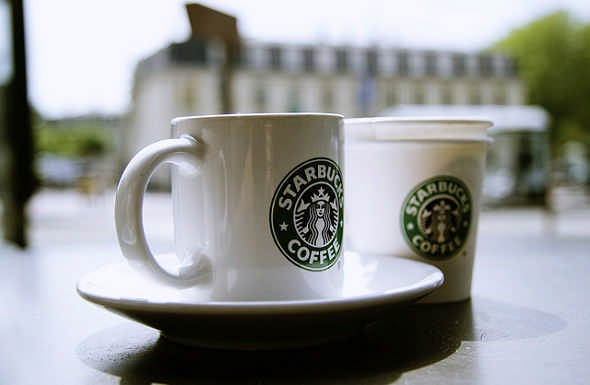 Starbucks Deals With Groupe Casino to Expand Its Global Footprints

Casino Restauration is subsidiary of Groupe Casino – a French mass retailer operating 10,416 stores. Out of which 444 Casino Supermarkets and 172 larger Casino hypermarkets are being operated in France, which will allow customers to enjoy its product while shopping. At the end of Month, the Seattle-based coffee company had 101 locations in France.

The company’s move highlights a shift towards growth by licensing its stores location, rather operating its own stores in Europe. The move has recently helped Starbucks in recovering years of phlegmatic performance in the Old World.

The company has targeted more than 1,000 Starbucks stores in its US locations, and there are around 4,822 licensed locations in the US. Starbucks’s location partnering with the Casino stores will be operated by the group’s restaurant unit that runs several cafeterias and restaurants chain.

Yet, the exact number of store openings is not made public, this news is incredibly promising to Starbucks, which is considering at least 100 out of their 2200 stores across the UK, Middle East, Africa regions in France.

During a press release president of Starbucks EMEA, Kris Engskov said that their new partnership with Groupe Casino, together, will deliver a quality service, where consumers will enjoy their coffee time along with their extra activities, locating their brands in convenient locations across France.

Engskov revealed that the company has picked the mass retailer to expand their global presence, as it has achieved a remarkable success in history and size, too. He stated that Casino Restauration has the perfect network, and local expertise for expanding their business at a global platform to deliver this new expansion in the supermarkets and hypermarkets right across the country, where their customers want to have their taste of coffee.

Starbucks’s first location is expected to open before the end of 2015. The company recently went through a lot of changes, and is continuously restructuring the brand. The company is closing La Boulange bakery chain in $100 million, making changes in its menu items, and expanding its services on different mobile platforms.

Panasonic Corp. has agreed to acquire Blue Yonder for $7.1 billion in one of the largest acquisitions for the Japanese conglomerate. Panasonic, which already has a 20% stake in Blu
8 mins ago

Apple plans to expand its ads business with the addition of a second advertising window in the suggested apps section of its Apps Store page. Apple is also introducing new privacy
18 hours ago

Renault has warned that a global chip shortage will affect automobile production for 2021. The pandemic, the Texas winter storms, and a fire in a Japanese plant owned by Renesas El
20 hours ago

Netflix reported a sharp downfall in the number of new subscribers for its first-quarter results of 2021. The streaming service added just 4 million users in the new quarter, a sha
2 days ago

This is not the first time that TikTok is in hot waters for its dubious data collection policies. In 2019, the app, owned by Chinese company ByteDance, was fined an astounding $5.7
2 days ago