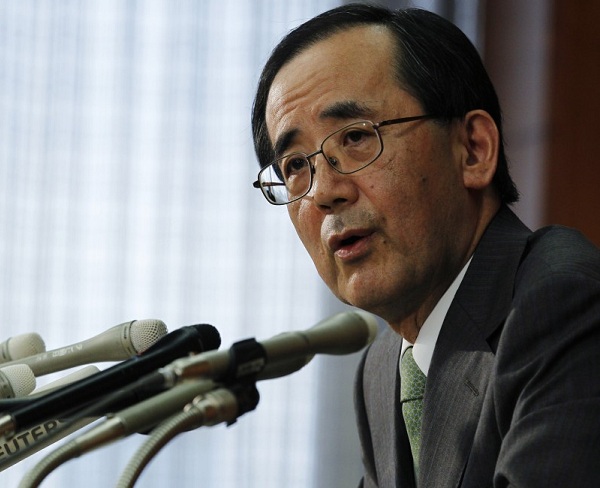 The Bank of Japan sliced its growth forecast for the financial year 2012, starting in April, keeping its zero-interest policy on hold, with the global demand reducing and keeping yen strong due to eurozone debt crisis. The BOJ is also counting on spending for reconstruction after last year’s earthquake to support a fragile recovery.

The BOJ has been suspicious about the developments taking place in Europe as Greece wavers on the edge of failure. Industrial magazines have feared that unresolved crisis could knock Japan back into recession. But with the possibility of another recession popping up, the BOJ has probably decided to save its limited policy options in case renewed market turmoil or a prolonged slump in overseas growth threatens a moderate recovery in Japan.

Japan’s Governor Masaaki Shirakawa and his fellow board members lowered the economic forecast to 2 percent for fiscal 2012 from an October estimate of 2.2 percent. The BOJ maintained its projection for consumer prices to rise 0.1 percent, according to its statement released in Tokyo today.

BOJ concerns grow over the modifications and changes reflecting that the European debt crisis might contribute in slashing exports and keeping the yen near a record high, which could further cut into corporate profits. Masaaki Shirakawa said, “The European situation is the biggest threat, and analysts including Naka Matsuzawa said he may not take further easing steps unless the turmoil widens significantly.”

Yasuo Yamamoto, a senior economist at Mizuho Research Institute in Tokyo believes, “Market concern over eurozone debt crisis has eased somewhat but uncertainty remains. With the crisis hardly settling down, the BOJ may relieve again around spring depending on developments in Europe. Japan’s economy is in relatively good shape so the trigger for BOJ action will most likely be a renewed yen spike driven by developments overseas.”

Naka Matsuzawa chief investment strategist at Nomura Securities in Tokyo, said in a statement given to a business magazine, “The BOJ sees European credit crunch as the biggest risk. It won’t take further easing steps until the problem reignites.”

Risks Japan Could Face in Future

The eurozone debt crisis, the stubbornly strong yen and sluggish overseas growth have taken a heavy toll on an export-reliant economy of Japan barely emerging from the damage of the March disaster. It has captured a notable place in the news all round the globe, fearing that the unresolved crisis would further affect business and lead to sluggish demand.

The growth forecasts illustrate that spending of Japan’s government would continue to exceed the total revenue despite efforts taken by Japan’s Prime Minister, Yoshihiko Noda, to improve Japan’s fiscal health, the worst among major developed countries. In his efforts, Noda has also proposed doubling the politically sensitive consumption tax rate in two stages by 2015, pulling it up to 8 percent, from 5 percent now, in fiscal 2014, and finally to 10 percent in fiscal 2015. The BOJ has assured to keep standard rates unchanged until persistent signs of inflation are seen.