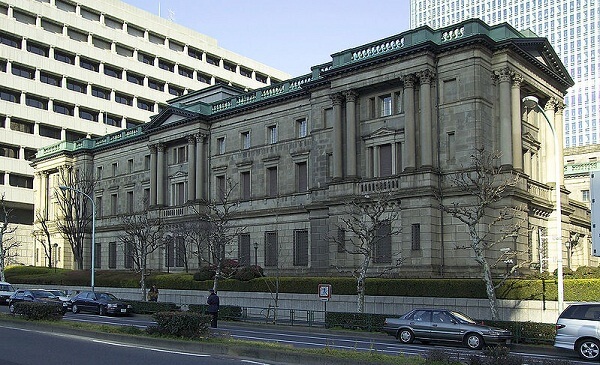 The Bank of Japan

On the 7th of March, the Bank of Japan informed that it decided to keep monetary policy intact, yet the central bank upgraded assessments of the country’s economy. Keeping monetary decision intact was widely anticipated as the Bank of Japan has been living in anticipation of new leadership which is believed to introduce radical steps to end deflation. Masaaki Shirakawa, the outgoing governor of the BOJ, rejected suggestions for more drastic easing measures from two board members, thereby leaving space for new governor’s decisions.

According to a statement released on the 7th of March, no new monetary policy measures were introduced by outgoing governor Masaaki Shirakawa. As it was anticipated, the Bank of Japan decided to leave its key interest rates at nearly zero, not to mention that the institution also postponed its decisions on expanding asset purchasing and the lending programme as well. However, the Bank of Japan chose to upgrade its assessment of the country’s economy, underlining the visibly positive trend.

Analysts were strongly convinced that the policy meeting would not bring any revolutionary changes in the monetary policy, provided that the central bank took some drastic measures such as adoption of a 2 percent inflation target. In fact, the last radical moves taken by the Bank of Japan were introduced because of an increasing pressure from the new Japan’s government with Prime Minister Shinzo Abe. Yet, there was a deep belief that the six board members, who will remain on their positions, would demonstrate outlooks more in line with the new policy which is commonly called “Abenomics.”

Steps taken by the Bank of Japan during at last meeting before the leadership transition were more or less expected. Analysts believe that new stimulus measures will be introduced at the next meeting to be held on the 3rd and 4th of April. Haruhiko Kuroda is expected to take the helm at this meeting. The nomination of Haruhiko Kuroda has been aimed at showing the strength to the Bank of Japan and making the institution work in line with the government’s strategy. Indeed, Haruhiko Kuroda and Shinzo Abe share very similar views on the economy and monetary policy.

In addition, Haruhiko Kuroda is a zealous advocate of a purchase of longer-dated Japanese government bonds in order to end deflation. He is also a supporter of active monetary easing which is much in line with Shinzo Abe’s views as well.

Yet, the nomination of Haruhiko Kuroda is broadly criticized as it means that the decisions of the Bank of Japan will be much “politicized” and influenced. Indeed, the nomination of  Haruhiko Kuroda and the disposal of comfortless Masaaki Shirakawa is a kind of “coup d’état” on the autonomy of the BOJ. The Shinzo Abe’s decisions were criticized by Federal Reserve Bank of Dallas President Richard Fisher who underlined: ““He’s aggressive. He has basically politicized the central bank, which worries me personally. But he wants to see this deflationary” tendency “exorcized” and “he’s working very, very hard to change things, and indeed the stock market has responded.” Undoubtedly, Shinzo Abe and its new fellow want Japan to put back on feet even if it means radical steps.