Aerospace giant Boeing Co. shares skyrocketed 58% in June as the United States opens its airspace and the economy resumes, and the aircraft maker rode a wave of investor optimism. On Monday, the shares surged 12% to $230.50, in the sixth consecutive winning session. Boeing’s performance also fuelled a rally in the Dow Jones Industrial Average, adding 580.60 points to the Dow’s total gain of 2189.33 points in June, making it the most significant contributor of the index’s 30 members.

This rebound in Boeing erupted alongside a broader rally in other stocks, including the airlines, cruise operators and retail sector which faced huge losses during COVID-19 pandemic. The rally by Boeing is more significant because of two reasons- Boeing struggling with the crises of a COVID-19 slump in air travel and the grounding of its super 737 MAX jet, which lasted for more than a year after two consecutive crashes. 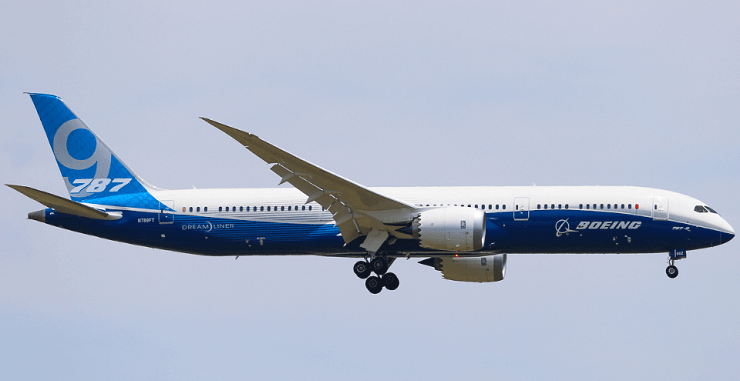 The Boeing stocks were down by 29% since the start of 2020. The company lost more than two-thirds of their share value from February to March as the COVID-19 pandemic led governments imposed rigid travel restrictions, air traffic collapsed, and lockdown affected the global economy. Last week, shares of Boeing witnessed a boost after carriers like American Airlines Group Inc. and Delta Air Lines Inc. reported progress in restoring flights this summer. This share surge was further fuelled by the report that indicated that the U.S. economy is on a better footing, unlike the investors’ predictions.

Recently, analysts at Goldman Sachs Group Inc. raised their price target for Boeing shares to $238 from $209, stating that airlines weren’t cutting back their plane-delivery plans in contrast to market expectations. On Monday, brokerage Seaport Global Securities began publishing research on Boeing, positively recommending that investors purchase it and give a price target of $277 a share. ‘Absent another Covid-19 wave, and we think the worst is now being priced in.’ Seaport stated.

Boeing Co also recently divulged plans to restart jetliner manufacturing in Seattle area soon, ending a shutdown that began with the pandemic. As per a company statement, around 27,000 people will return to final assembly lines for twin-aisle jets like the 747, 777 and 787 Dreamliner. Boeing Chief Executive Officer Dave Calhoun stated that a deal between U.S. airlines and the Treasury Department on a $25 billion aid package helped boost Boeing’s confidence in reopening its largest industrial centre amid the crisis. “Our industry took a step on the long road to recovery from the Covid-19 crisis this week,” Calhoun stated. The CEO also hinted of a closedown on a deal of its own to boost financial reserves. “Our team continues to focus on the best ways to keep liquidity flowing through our business and to our supply chain until our customers are repurchasing aeroplanes,” Calhoun said. “We continue to believe strongly in the future of aviation and Boeing as the industry leader and are willing to borrow against that future.”

Boeing Company is summoning its employees back to the factories during a time when the infection rates are starting to plunge in Washington.

The aerospace giant is adopting a phased approach to getting its factories back on track, with regulated shift times. The precautions applied include face coverings and use of floor markings and signs to maintain physical distance. The company will also provide protective gear for employees where gap can’t be sustained.

“This phased approach ensures we have a reliable supply base, our protective equipment is readily available, and we have the necessary safety measures in place to resume essential work for our customers,” said Stan Deal, head of the company’s jetliner division.

Anna Domanska
Anna Domanska is an Industry Leaders Magazine author possessing wide-range of knowledge for Business News. She is an avid reader and writer of Business and CEO Magazines and a rigorous follower of Business Leaders.
« Will India’s Jio Triumph Over All Other Telcos?
What Makes Hyundai Venue A Popular Choice among Women? »
Leave a Comment
Close

Furniture design giant Herman Miller, Inc. announced its $1.8 billion acquisition of competitor Knoll Inc. on Monday. The acquisition comes at a time when the world is undergoing a
2 hours ago

On April 20, Apple CEO Tim Cook will take the stage to walk us down memory lane. The company’s ‘Spring Loaded’ event on Tuesday will usher in the launch of Apple’s next-gen
7 hours ago

Facebook Inc. on Monday announced it will launch several audio-centric products that can help it compete against Clubhouse, an audio-only chatting app that exploded in popularity d
7 hours ago

During IBM’s earnings call with analysts, Krishna said he knew that the January transformation in IBM’s strategy to invite more ecosystem partners would “take time for result
10 hours ago