On Tuesday, Boeing Co called for a $60 billion aid for the struggling United States aerospace manufacturing industry. The sector is facing humongous losses from the current Coronavirus pandemic.

Boeing initially was seeking ‘tens of billions of dollars’ in United States government loan guarantees along with other assistance as it faces a looming liquidity crunch from the Coronavirus pandemic. Boeing spokesman Gordon Johndroe stated that the company ‘supports a minimum of $60 billion in access to public and private liquidity, including loan guarantees, for the aerospace manufacturing industry.’

The company declined to comment on how much it would be for the plane-maker versus loan guarantees for its suppliers. It was also unclear if the United States banks would loan any of $60+ billion without any government backing. Boeing told the lawmakers that it needs significant government support to meet its liquidity needs, and it cannot raise such a considerable amount in the current market conditions. 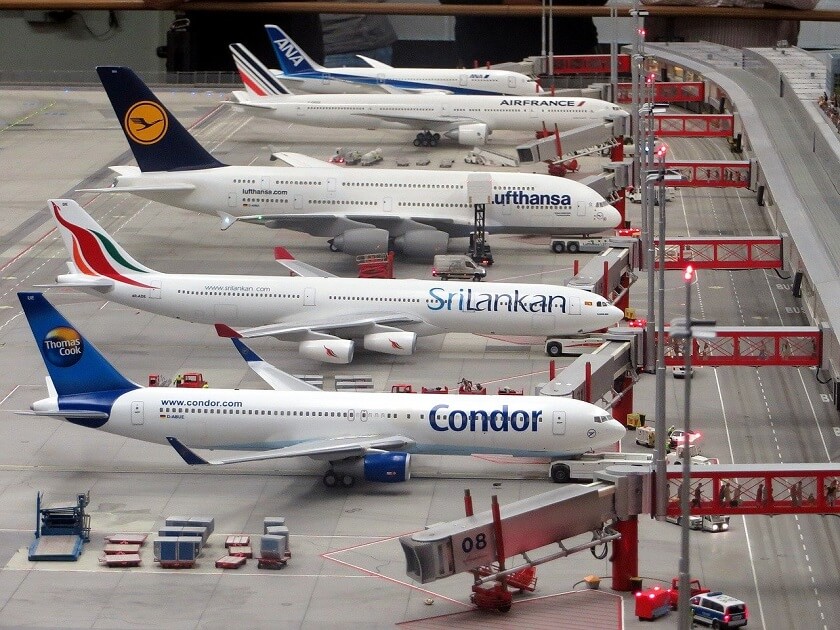 U.S. airlines and cargo carriers are looking for at least $58 billion in loans with additional tax changes, while airports have sought a total of $10 billion.

On Monday, Boeing confirmed that it was in talks with the administration about short-term support. At the same time, United States President Donald Trump stated that the United States government would provide support to the company. Boeing noted that around 70% of its revenue flows to its 17,000 suppliers and has mentioned to the lawmakers that without significant assistance, the entire U.S. aviation manufacturing sector could collapse rapidly. “This will be one of the most important ways for airlines, airports, suppliers, and manufacturers to bridge to recovery. Funds would support the health of the broader aviation industry because much of any liquidity support to Boeing will be used for payments to suppliers to maintain the health of the supply chain,” Boeing spokesperson Gordon Johndroe said.

The amount of aid the company presently needs remains in flux based on the present market conditions and how long the Coronavirus pandemic crisis lasts. Congressional officials are reviewing Boeing’s cash needs as it considers a stimulus and rescue package, which might stand at $1 trillion. ‘Boeing got struck in many different ways,’ Trump said at a press conference Tuesday. He also stated that he would support suppliers like engine maker General Electric Co.

Boeing’s stocks are falling after it fell 24% on Monday, it fell further 4.4% on Tuesday and closed at $123.92. Boeing is down more than 60% in comparison to the last month as the Coronavirus pandemic situation affected travel demand drastically worldwide. Boeing has been struggling to win approval from regulators for its 737 MAX to return to service after two fatal crashes occurred in five months. The plane is being grounded since March 2019.

U.S. airlines and cargo carriers stated that they are looking for at least $58 billion in loans with additional tax changes, while airports have sought a total of $10 billion. On Tuesday, Boeing confirmed that it completed the drawdown of the rest $13.8 billion credit it secured last month.

The total debt by Boeing doubled to $27.3 billion in the year 2019, as it compensated airlines and grappled with additional production costs for the 737 MAX.

Industry sources confirmed that even before the Coronavirus pandemic crisis affected the finances, Boeing was providing financial support to several suppliers to help them ride out the shutdown of 737 MAX production. It was also paying compensation for the delay in delivering MAX planes to airlines.

Christy Gren
Christy Gren is an Industry Specialist Reporter at Industry Leaders Magazine she enjoys writing about Unicorns, Silicon Valley, Startups, Business Leaders and Innovators. Her articles provide an insight about the Power Players in the field of Technology, Auto, Manufacturing, and F&B.
« Volkswagen and AMO come together to bring solar-powered tractors to African farmers
Americans foresee issues in payment of credit card bills during Coronavirus situation »
Leave a Comment
Close

Commonwealth Fusion Systems secures more than $1.8 billion in Series B funding to commercialize fusion energy. The funding round was led by Tiger Global Management with participati
5 hours ago

The latest Coronavirus variant, Omicron, which is believed to be more transmissible and severe, might derail growth and recovery and raise costs, according to the Organization for
9 hours ago