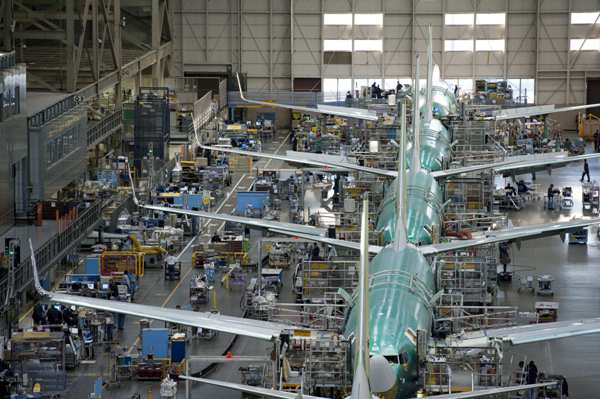 This Wednesday was a tough day for both Boeing Co. and unionized machinists in Washington State; we might even call it a never ending day, since final outcome of the past events still isn’t familiar. What will happen with union’s 31,000 workers or Boeing’s presence in Washington State or even U.S. overall is still not familiar. The concern took place when Boeing Co machinists yesterday rejected an eight-year labor contract extension and outcome of the rejection could cause the end of Boeing’s 97-year presence in the state.

When you take into consideration that 67 percent of members of International Association of Machinists voted against disputed contract, we might call it concerted rejection. Contract which is about building Boeing’s 777X jet, would ensure next 20 years of work, both for company and workers, but it is the determination of worker’s pension and rouse of their healthcare costs, that made them refuse to sign the contract.

For many Washington workers accepting offered contract would mean going against everything they have fought for over the years, since pension they were expecting for so many years of hard work was about to change overnight. After working for 25 years for some company it is normal to expect something you were promised at the beginning, according tom many of them. So it doesn’t surprise at all that Tom Wroblewski, president of International Association of Machinists District 751, the local union, came out with the statement in which he explains that workers had preserved something sacred by rejecting the Boeing proposal. “We’ve held on to our pensions and that’s big. At a time when financial planners are talking about a ‘retirement crisis’ in America, we have preserved a tool that will help our members retire with more comfort and dignity”, he added.

On the other hand Boeing Commercial Airplanes Chief Executive, Ray Conner didn’t refrain of showing disappointment in the outcome of the union vote. By doing so, made it obvious that Boeing leaves the States conclusion of the story isn’t unexpected when thinking about future Boeing business.

You don’t have to be a marketing expert to realize that the decision of the workers means that Boeing will consider building key parts of the 777X, including the wings, in some other place. For the States problem becomes bigger when you include Japan for instance, where they have also received an offer, into the story. Besides, Mitsubishi Heavy Industries, the Japanese industrial giant already made wings for the 787, so this wouldn’t come as big surprise. Likewise any other non U.S, state might be possible solution for the future Boeing business. If scenario like this; Boeing leaves the States will happen, Boeing would eliminate 20,000 jobs over the next decade, making the fear of many justified.

Some believe that Boeing is bluffing, while Washington workforce is trained and tooling for the plane is in place and new production lines are risky and are hoping that the company will offer another contract to workers. But nobody actually knows next Boeing’s step for sure. Industry analysts and experts are counting on logistic complications movement of the business might cause and therefore don’t think that vote might mean the 777X ultimately gets built outside Washington State.