The current Boeing crisis is the worst the company has ever faced in a quarter century. With countries grounding the 737 MAX and severe public backlash, the crisis has worsened. What has Boeing been doing about it?

Boeing was preparing to increase the production of its Max from 52 a month to 57 a month. It was expanding capacity and hiring new employees to suffice the ramped up production. But a “chain of events” as Boeing’s CEO Dennis Muilenburg puts it, has led Boeing into a crisis.

On March 10th, a Boeing 737 MAX crashed near the Ethiopian capital of Addis Ababa. This was just five months after another 737 MAX crashed in Indonesia. Other than a few tweets and a statement claiming that their Max is safe and “airworthy”, Boeing took no steps to capture the tension.

But this was not enough to pacify safety regulators of the world. China was the first to ground the aircraft and France, Germany, Australia, and Britain soon followed. America too followed suit and grounded all flights of MAX 8s and MAX 9s.

It was eight days after the crash in Ethiopia that Boeing broke its silence and took some responsibility. Reports claim that Boeing’s CEO also tried to lobby President Trump from grounding the MAX. Their initial silence, followed by a defensive approach was reason enough to question the company’s integrity and priorities. As an effort to stop their brand image from dwindling any further, Boeing talked about its plan of developing a new software patch and pilot training systems. But, it was too late, too little and it couldn’t stop its customers, investors, and the general public from looking the other way.

Garuda Indonesia scrapped its multi-billion dollar order for 49 Boeing 737 MAX jets and Ethiopian airlines is rethinking its decision of purchasing 25 MAX jets. Boeing released its official statements in March which revealed that only ten jets were ordered in the months of January and February. The company had no orders in March.

In market share too, the company took a big hit. 10% drop in market share amounting to nearly $30bn dollars, to be precise. The Boeing 737 account for nearly 40 percent of the company’s profits. The day after the crash in Ethiopia, Boeing’s share price slid from $423.36 to $375.41. Since then, Boeing’s share price has shown an erratic trend. The company has around 5000 deliveries to make, however, owing to delivery delays, high fluctuations could continue. 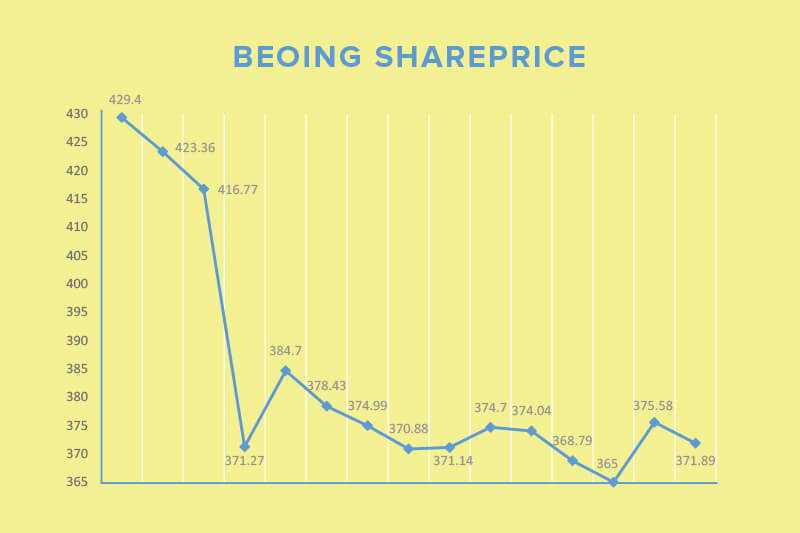 The backlash it suffered from the general public, is however, the most significant. Passengers who previously might have given little thought about the make of the plane they were boarding, are now very keen following the Boeing crisis. Ticket booking websites Kayak and Trip Advisor are offering users the option to exclude Boeing 737 MAX while booking their tickets. Crisis management experts have publicly criticized the way Boeing’s CEO handled everything. Many are also calling the Boeing crisis, self-inflicted.

An airplane manufacturing company’s customers are not just airlines, but everyone who comes in contact with it. The long term consequences of the crashes will depend on how Boeing deals with its safety issue and how it conducts a dialogue with all segments of the industry – customers, governments, and the general public.

Christy Gren
Christy Gren is an Industry Specialist Reporter at Industry Leaders Magazine she enjoys writing about Unicorns, Silicon Valley, Startups, Business Leaders and Innovators. Her articles provide an insight about the Power Players in the field of Technology, Auto, Manufacturing, and F&B.
« Microsoft Security Breach that affected Outlook, MSN and Hotmail Users
Influential Businesswomen in the Cannabis Industry »
Leave a Comment
Close