Boeing Delivery Drone Can Carry Up To 500 Pounds of Cargo

It’s a lot easy to see the reason why Boeing acquired Aurora Flight Sciences in October 2017. Boeing just released a video unveiling the company’s unmanned aerial vehicle (UAV), delivery drone. It’s a project the company’s drone division has been working on, at least since October 2017 – a cargo drone that can transport up to 500 pounds of payloads. Does that sound like what you have heard before now? Well, of course, the AT200 produced in China or the Aluminum Falcon is capable of carrying up to 1.5 tons. But something is fascinating about Boeing’s delivery drone. The UAV Boeing drone can take-off and land vertically, also referred to as Vertical Take-off and Landing (VTOL). And the device’s meandering features is a lot more sophisticated to match with any existing prototype of cargo delivery drone. Is it just a prototype yet?

Only one model has been built, and it’s expected to be a prototype still. TheDrive described that the model has dimensions of 4 feet tall, 18 feet wide and 15 feet long while weighing weighs 747 pounds. You may wonder how this huge size is moved around easily. According to an insider, who works with the company’s Research & Technology division, David Neely, eight propellers handle the well-controlled aerial bidding of the cargo delivery drone. He has been the major source of all technical information released so far on the 500 pounds payloads-lifting Boeing drone. The information was delivered through a promotional video released by Boeing on the 10th of January.

Anyone would wonder where the electrical energy emanates from, and how it’s sustained – a major reason why most cargo drone projects have not been very successful. Neely explained that Boeing manufactures the batteries used in the delivery drone, and they were specifically designed by the company to withstand operational duress required by the drone for cargo delivery; to travel long-distances carrying hundreds of pounds. 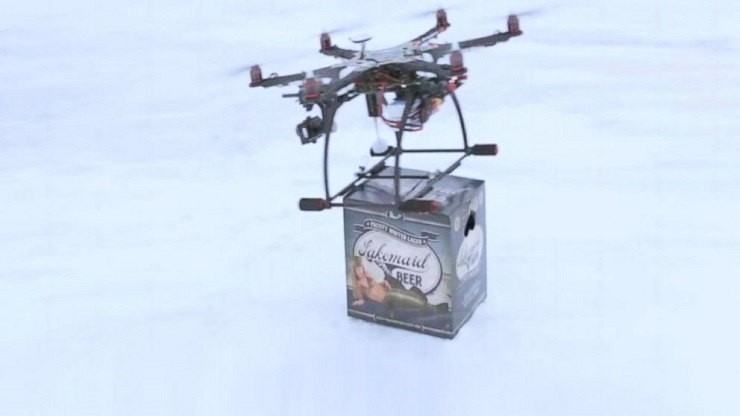 The Company’s Researcher & Technology personnel (Neely) claims that Boeing delivery drone can transport shipments between 250 and 500 pounds for a distance of 10 and 20 miles respectively. The promising development is that Boeing has successfully tested the cargo drone at their research lab in Missouri, according to TheDrive. It’s a big development indeed; nationwide drone delivery future is continuously advancing.

While we are bracing up efforts from Boeing, Greg Hyslop, Chief technology officer at Boeing has proclaimed his confidence in the future of delivery drone promoted by the UAV model released. He also declared that impact from the UAV cargo drone would significantly improve how we transport goods by saying that “This flying cargo air vehicle represents another major step in our Boeing eVTOL strategy. We have an opportunity to change air travel and transport really, and we’ll look back on this day as a major step in that journey.”

It’s true we can’t wait to have a cargo delivery more peaceful while ending the noise-polluting trucks around our residential areas. We must accept that drone delivery is still a future thing, it hasn’t come yet. But much credit goes to Boeing for moving us closer to this dream with their 500 pounds shipment-capacity cargo drone.