Boeing 787 Dreamliner to Save Manufacturing Costs with 3D Printing

Boeing Commercial Airlines’ one of the most fuel-efficient aircrafts’ is the Boeing 787 Dreamliner. For the construction of its airframe, it uses composite materials. Typically, Boeing manufactures around 144 Dreamliners in a year. The plane manufacturing company recently partnered with Norwegian company Norsk Titanium AS to create 3D printed structural titanium components as reported by Reuters. Notably, General Electric does print fuel nozzles for plane engines. But Boeing is the first company that will use printed components designed to endure the pressure of an airframe during the flight, as per Reuters.

Just in January, Bloomberg reported that Boeing’s shares touched an all time high. During that time, Boeing Co.’s shares rose to $167.94 at 4.6 percent. This helped the company emerge from a 10-year period of losses. The Chicago company also mentioned that its revenue will be in the range of $90.5 to $92.5 billion. While, analysts estimated yearly sales of $93 billion, Bloomberg reported.

Boeing 787 Dreamliner utilizes more metal in comparison to the other models due to its carbon-fiber wings and body. Moreover, lightweight and sturdy titanium compound is about 7 times costlier than aluminum. Out of the total $265 million cost of a 787 Dreamliner, it costs around $17 million, as quoted by industry sources.

Boeing 787 Dreamliner to Save Costs 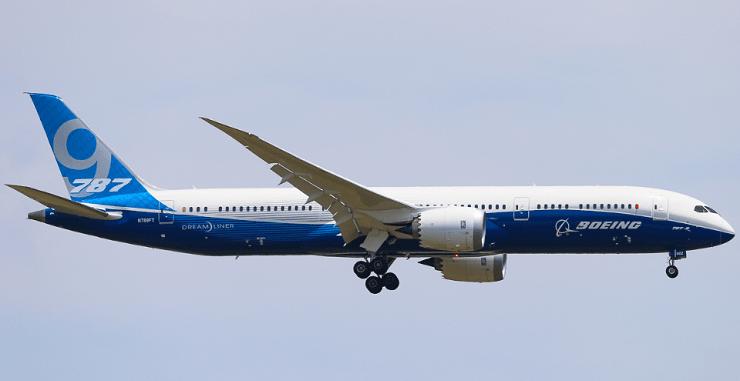 Screenshot of a Boeing 787 Dreamliner

Starting in 2018, Boeing expects to cut-off around $2 to $3 million of each Dreamliners manufacturing expenses. 3D printed parts will significantly replace the expensive traditional materials. This comes as a big move by the company to boost Dreamliner 787’s profitability.

Chip Yates, Norsk Titanium’s Vice President of Marketing said that his company worked with Boeing for almost a year. They designed four parts of 787 meanwhile obtaining a Federal Aviation Administration (FAA) certification for the same.

Norsk Titanium expects the approval for production process and material properties to be passed by the U.S Regulatory Agency later during 2017. Once this is done, each part won’t require a separate FAA approval. This will allow the Norwegian 3D printing company to significantly print numerous parts for each Boeing 787 Dreamliner. Certainly, it will garner more savings in the manufacturing of each Dreamliner.

Norsk Titanium mentions that the printing will initially take place in Norway. But Norsk eventually aims to have a fleet of nine printers by the year end. According to Reuters, this will take place at a 6,220 square meter (67,000 square foot) facility at Plattsburgh, New York.

Christy Gren
Christy Gren is an Industry Specialist Reporter at Industry Leaders Magazine she enjoys writing about Unicorns, Silicon Valley, Startups, Business Leaders and Innovators. Her articles provide an insight about the Power Players in the field of Technology, Auto, Manufacturing, and F&B.
« At the World’s Most Radical Workplace
Epicenter Creates Cyborg Employees by Microchip Implantation »
Leave a Comment
Close