Warning: preg_match(): Unknown modifier '/' in /home/customer/www/industryleadersmagazine.com/public_html/wp-includes/class-wp.php on line 233
 BMW wants to turn your Smartphone into a car key

BMW is planning to introduce more flexibility in its future cars by ditching car keys. The luxury car maker may have adopted the use of Smartphone app to unlock/lock their new cars in place of car keys.

Mobile World Congress (MWC) scheduled from February 26 to March 1, 2018, in Barcelona has seen BMW set up shop to show the world most of its recent innovations; how some current technologies have been revamped or integrated with something new and also a technology perceived to lead the future drive. The introduction of BMW digital car key is highly anticipated in the company’s MWC showroom. 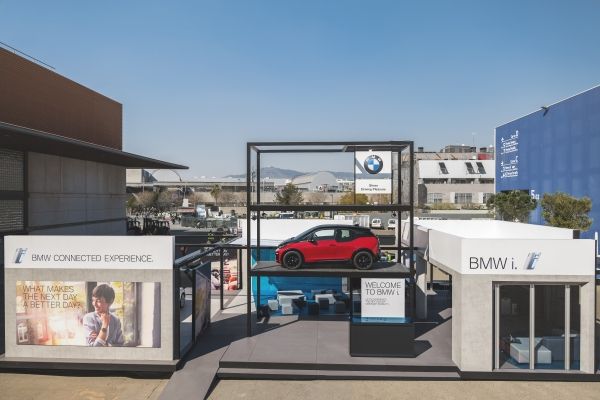 In the last quarter of 2017, BMW’s chief sales and marketing officer, Ian Robertson, revealed their plans to ditch car keys in an interview with Reuters at the Frankfurt Auto Show.

“Honestly, how many people really need it,” Robertson said. “They never take it out of their pocket, so why do I need to carry it around?” He, however, disclosed that the move is still under scrutiny by the car manufacturing company as at last year. “We are looking at whether it is feasible, and whether we can do it. Whether we do it right now or at some point in the future remains to be seen,” Robertson added.

Series of demos from BMW for the mobile congress exhibition, MWC flashes an i3 electric car which can be summoned using a Smartphone. The seamless drive car features a passenger in a speeding car with no one at the driver’s seat. Suggesting a full control of the electric car using a Smartphone device, including controls for the entertainment system. Some functions like the flashing of headlamps, door unlocking/locking, and horn were controlled using the BMW Smartphone app. The car also features an auto-packing system even after the user has dropped off.

While being thrilled by the demos, it’s also important to know that such technology will still take a few more years to be available for purchase. The introduction of BMW Smartphone app for locks/unlock and engine switch may be very close. According to TechCrunch, users will be able to share the digital key with a maximum of five (5) persons. BMW cars released from July 2018 would be embedded with the digital key and the technology will only work with Samsung phones for now.

The German luxury automaker is also considering announcing their intention to introduce a second eSIM to its new cars that would add to the existing one in their cars since 2016.

Will Smartphone app be better than car keys?

Of course, we don’t need to carry keys all over the places because we have cars. Aside from inevitable flat batteries or software glitches, experts suggest that car security system would be compromised if automakers decide to use Smartphone apps for locks.

“This moronic trend of connecting everything to a web device (in this case a phone) just makes it so that we can break into more stuff,” a technology expert, Craig Fitzgerald, wrote. “Why manufacturers want to make things less secure is beyond me.”

BMW must have reviewed questions about security settling with the use of Smartphone app to secure a $70,000 car. The automaker would tell us more at the Mobile World Congress if they have adopted the technology.

Anna Domanska
Anna Domanska is an Industry Leaders Magazine author possessing wide-range of knowledge for Business News. She is an avid reader and writer of Business and CEO Magazines and a rigorous follower of Business Leaders.
« How Great Leaders Motivate People
Spotify Files To Go Public In The U.S. »
Leave a Comment
Close