BMW recently unveiled the 2021 R 18 cruiser, a retro-style cruiser inspired by BMW R 5 from the ’30s. The vehicle has an open-running driveshaft, a relaxed seating setting, a double-loop frame, and a 1.8-liter horizontal two-cylinder engine that is named the Big Boxer.

BMW Company has been previewing the R 18 over the years with different mechanism projects- first a trio of concept bikes, the Concept R18, the Custom Works Zon Departed, and the Birdcage, which are the prototype versions of the Big Boxer engine. Later, the R 18/2 emerged, which gave a better idea of what the new BMW cruiser might look like. The R 18 is much similar to the R 5, with a single front headlight, pear-drop gas tank, double-loop steel frame, metal bodywork, single-seat, pinstriped paint, and a shiny chrome exhaust matching both the machines. It is astonishing how two motorcycles separated by around 84 years can look so same and demonstrates such timeless styling. 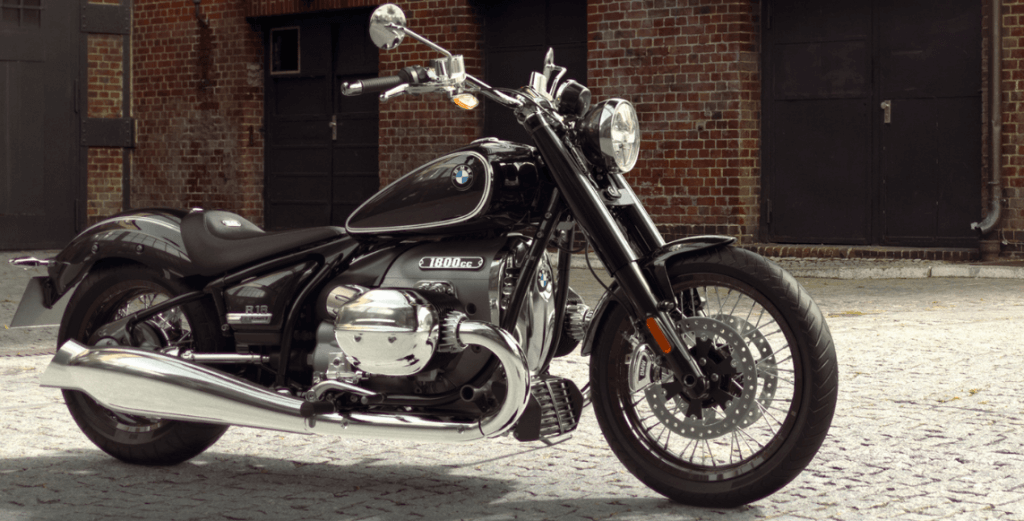 The R 18 has 1,802 cc engine and is the most potent BMW boxer ever built. The engine gives 90 horsepower at 4,750 rpm and 111 lb-ft of torque between 2,000 and 4,000 rpm. The R 18 also has a classic setup with the telescopic front fork and 1.9-inch tubes. The centrally mounted cantilever suspension strut of the machine has travel-dependent damping and an adjustable spring preload. The rear portion has a double-sided swing-arm with an enclosed axle drive. The suspension travel at the front is 4.7 inches, while the rear has 3.5 inches. Twin-disc brakes manage braking in the bike at the front, a single-disc brake in the back, and four-piston fixed calipers.

The bike has an easily removable rear frame, and the brake lines, clutch lines, and cable harness are also built in a way to enhance easy handlebar installation and adjustment for customization. The valve covers and belt cover are also designed outside the oil chamber for easy changing. The R 18 machine is available for pre-order now with a starting price of $18,190, including $695 destination charges. The First Edition package is $2,150.