BMW announced that it will launch a hydrogen fuel-powered electric vehicle based on the e X5 SUV in 2022. It intends to experiment with a series of vehicles based on this alternative fuel technology but has no concrete plans to mass-produce at the moment. The hydrogen fuel cell, called BMW i Hydrogens NEXT, is expected to give 170 hp, which is produced after a chemical reaction between hydrogen and oxygen. 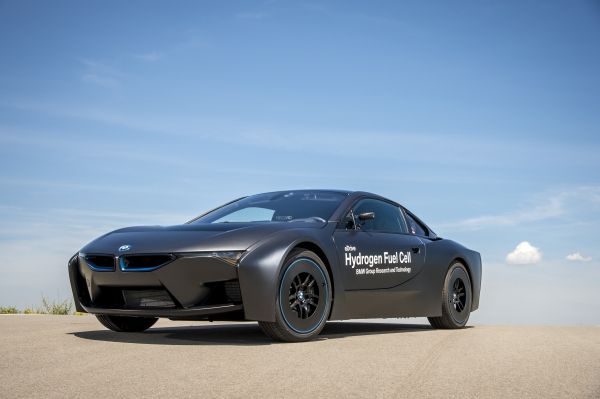 The X5 fuel cell concept vehicle with the BMW I Hydrogen NEXT was previewed at the 2019 Frankfurt motor show.  This horsepower will be supplemented with an electric battery,  Klaus Fröhlich, member of the Board of Management of BMW AG, Research and Development, said in a statement, “We are convinced that various alternative powertrain systems will exist alongside one another in future, as there is no single solution that addresses the full spectrum of customers’ mobility requirements worldwide. The hydrogen fuel cell technology could quite feasibly become the fourth pillar of our powertrain portfolio in the long term. The upper-end models in our extremely popular X family would make particularly suitable candidates here.”

Developing alternative sources of fuel to power vehicles has been on the agenda of most car makers. Electric cars with improved battery lineups are the way most others are taking. Fuel cell technology is still in the nascent stage and will take a while before it is adapted for mass production.

The structural framework needed to run and support such cars is still not in place. The production of hydrogen fuel has to be more sustainable and widely accepted before it can become a reality. “In our view, hydrogen as energy carrier must first be produced in sufficient quantities at a competitive price using green electricity. Hydrogen will then be used primarily in applications that cannot be directly electrified, such as long-distance heavy duty transport,” said Klaus Fröhlich.

Even when such technology becomes available, the infrastructure needed to support it like fuelling stations et al, has to be worked out. BMW is using the time to develop and research the tech on its concept cars to make feasibility studies. The company intends to bring customer-ready cars fuelled by the hydrogen fuel cell technology somewhere in the late 2020s, that too depends on the market conditions and requirements. 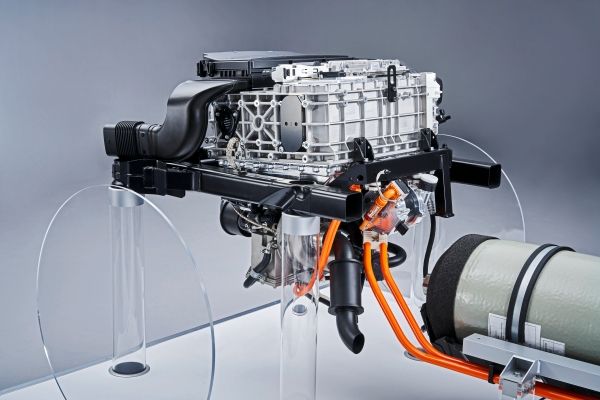 BMW is all ready to launch 23 models of electric vehicles by 2023, in the meantime. Twelve of these will be with an all-electric powertrain.

The BMW i Hydrogen NEXT generates up to 125 kW (170 hp) of electric energy from the chemical reaction between hydrogen and oxygen from the ambient air. Jürgen Guldner, Vice President of Hydrogen Fuel Cell Technology and Vehicle Projects, said, “the vehicle emits nothing but water vapor. The electric converter located underneath the fuel cell adapts the voltage level to that of both the electric powertrain and the peak power battery, which is fed by brake energy as well as the energy from the fuel cell.”

The vehicle will come with a pair of 700 bar tanks with the capacity to hold six kilograms of hydrogen for fueling. “This guarantees a long-range regardless of the weather conditions,” notes Guldner. “And refueling only takes three to four minutes.”

BMW’s iX3, along with the latest eDrive unit, is integrated with the BMW i Hydrogen NEXT. This will give it and extra push when accelerating. The total system output is pushed up to 374 hp.

Anna Domanska
Anna Domanska is an Industry Leaders Magazine author possessing wide-range of knowledge for Business News. She is an avid reader and writer of Business and CEO Magazines and a rigorous follower of Business Leaders.
« Auto companies gear up to help manufacture masks and ventilators
VW Loses $2.2 Billion per Week on Factory Closures Due To Coronacrisis »
Leave a Comment
Close

The upcoming Rivian IPO shows how it’s Tesla’s biggest EV competitor in the making. We spoke to automotive industry experts to find out if Rivian Automotive’s initial public
57 mins ago