BMW Races Ahead Of Audi With New 3 Series 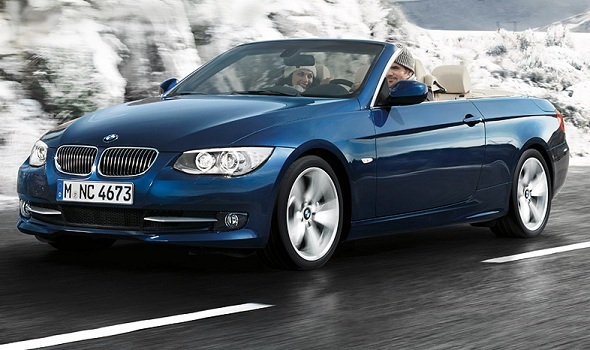 Latest automotive news from the constantly changing auto industry reveals stiff competition between auto industry greats BMW and Audi. One of the all-time favorite auto trends, the Audi A-4, now faces some serious threats from the tweaked BMW 3-series.

Car news enthusiasts will be keen to hear that the popular BMW 3-series is now being modified to appeal to a greater luxury market, with an all-new BMW 3-series sedan model. The Audi A-4, though an undeniable hit, has now been around for too long and has become something of a regular feature on the roads and people are starting to get bored of it, if the latest auto trends are to be believed. And auto industry giant BMW plans to exploit that very fact to gain an edge over Audi.

The new BMW 3-series sedan will be a sixth generation offering from the company, and is expected to be available in BMW showrooms sometime in the next year, 2012. This revamping is being hailed as a stroke of genius as Audi does not plan to introduce a newer version of the Audi A-4 until 2014. BMW thus stands to gain a lead of two years over Audi, if auto trends and auto industry speculation is to be believed.

Not only does BMW have the BMW 3-series sedan to look forward to, but the recently modified BMW 1-series entry-premium version is also boosting sales. The two revamped versions of BMW classics have together contributed to 49% of the sales experienced by the auto brand in the last year.

The BMW 3-series sedan is expected to be an instant hit with the target consumer market. The company is taking inspiration in terms of auto parts, technology and production practices, from both the 5-series range and the 1-series range in a bid to reduce development costs and production expenses. With the profit margin widening thus, BMW is expected to cover the 43% sales gap achieved by Audi in the pervious year.

If auto industry gossip and auto trends and car news are to be believed, BMW is all set to lure away customers from other high-end auto industry players such as General Motors Co., Ford Motor Co., Mercedes, and others. It looks like the Audi management isn’t the only who has something to worry about.

Audi is currently in plans to ascertain the brand as the number-one auto industry brand by the year 2015, while Mercedes already enjoys the top-position in the niche of luxury automobiles. Let’s wait and watch whether BMW leaves them all biting in the dust or not!