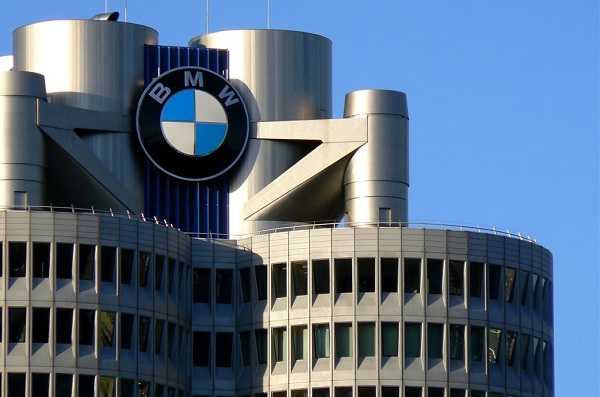 Certainly U.S. new cars sales in December help BMW AG top Mercedes-Benz. BMW AG sold as many as 43,855 vehicles in December which helped the company overtake Mercedes-Benz as the most popular luxury carmaker in the U.S. BMW AG saw its new car sales in 2012 grow approximately 13.8 percent to 347,583, thereby marking the year as the carmaker’s best year in the U.S. in a long time. As for the U.S. sales of BMW brand models they climbed roughly 13.5 percent from a year earlier. Munich-based BMW AG informed that U.S. new car sales of its 5 Series in December increased as much as 72 percent! Ludwig Willisch, chief executive officer at BMW of North America, stated: “To turn months of critically short supply into the best year ever for the BMW Group in the U.S. is a monumental achievement,” underlining that the company expected to see encouraging results in 2013.

But Mercedes-Benz USA, which sells vehicles including Smart, also posted the best auto sales ever with over 305,000 vehicles sold, which is nearly 15.5 percent more than a year ago. As for U.S. sales of Mercedes-Benz brand cars, they climbed about 11.8 percent to approximately 274,100.

Also other luxury carmakers saw very good December’s sales. Audi AG‘s car sales increased as much as 18.5 percent to more than 139,300 in the U.S., compared with a year earlier. Only in 2012 December, Audi AG sold slightly over 14.800. Lexus also experienced an improvement as 2012 car sales jumped approximately 31.2 percent to about 132.700 over a year. However there are two carmakers which posted decreases in new car sales in the U.S. Cadillac, the 110-year-old brand, saw its car sales drop about 1.7 percent for 2012, while Lincoln decreased over 4 percent.

Analysts note that the December’s results show that Americans are ready to spend, while other nations are not in the spending mood. Just to remind, on the 14th of December, 2011, the European Automobile Manufacturers’ Association released its findings showing that new car sales decreased about 10 percent in the month of November.

According to the newest forecasts, new vehicles registrations in the United States are projected to increase slightly over 6.5 percent in 2013 to approximately 15.3 million. Automotive forecasting firm R.L. Polk & Co. believes that these optimistic figures will be mainly driven by eased access to loans and leases. Unfortunately the picture is much darker and pessimistic in Europe where new car sales decreased in 2012 and are projected to continue dropping in 2013 as the European Union is still struggling with the debt crisis in the eurozone.

The forecasts for 2013 also show the growing buying enthusiasm which is thought to have been the main driver of boosted sales in the last months of 2012. Yet analysts remind that carmakers might encounter some problems which might be threatening to increases in the U.S. market.