The CEO of BMW, Markus Flasch, revealed on a social media platform that a revised M5 will be premiered in a couple of weeks. The 2021 BMW 5 Series LCI models were recently revealed,  all in the series undergoing a facelift with a new look and some additional features.  As usual, people were more anxious to see the changes that would be brought about in the M5 series, which is slated for release in mid-2020 as a 2021 model.

Flasch, in his Instagram story, showed a glimpse of the M5 car. The images showed a bright orange-colored M5 and black wheels, which suggests it might be the Competition version. Headlights with suggestions of laser light technology were visible. The taillights will most likely be the same as the older series, but the redesigned bumper seems to be exclusive to the M5.

The M5 sedan is expected to come in two versions: the 600 PS and a competition version with 620 PS. Under the hood, the engine is expected to be 4.4 liters twin-turbo V8 with an eight-speed automatic transmission and all-wheel-drive system. 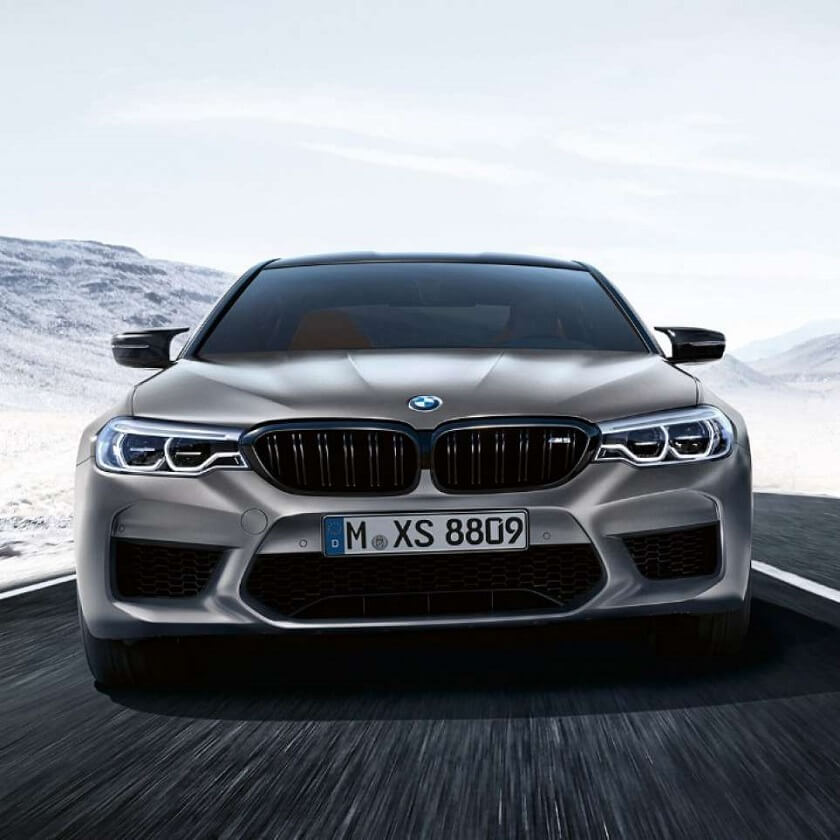 Rumors point to a more turbocharged V-8 being used in the M5 CS, though there’s been no mention of the engine ending up in other M5 variants. Likewise, there are no clear indications of any changes that are likely to be carried out in the M5 cabin other than what the LCI model series are getting—an updated infotainment system and new electronic driver-assist features.

The reveal was sketchy, hence, other details are awaited. Although Flasch talked of future electrification of BMW cars, but said, there were no immediate plans for electric M5s. The new M5 most likely will be the last of internal combustion engine run cars as it is expected that the later versions will be hybrid.
The earlier released unveiling of the BMW series will have the 248-horsepower 530i, the 335-horsepower 540i, the 523-horsepower M550i, which is leading to most excitement, and the 288-horsepower 530e plug-in hybrid.

While the 530i’s turbo-four engine remains unchanged, the 540i gets a 48-volt hybrid system that can offer a slight electric boost to overcome any turbo lag. This will help in fuel-saving, and the car will have a smoother auto start/stop function now.

The 530e plug-in-hybrid gets a boost from a 107-horsepower electric motor that is integrated into its eight-speed ZF automatic.

The facelifted 5-series looks more angular and has a protruding grille. It looks wider and slightly bigger, and its grille is similar to the 7 series and X7.

The interior design changes in the series are minimal from what can be seen. The infotainment system comes with new cloud-based maps, and the driver assistance system has seen some improvements to assist you in distraction less driving.

Anna Domanska
Anna Domanska is an Industry Leaders Magazine author possessing wide-range of knowledge for Business News. She is an avid reader and writer of Business and CEO Magazines and a rigorous follower of Business Leaders.
« Covid-19 Pandemic Changing Industry Conferences & Events
COVID-19 Takes A Bite Out of Global Smartphone Sales »
Leave a Comment
Close