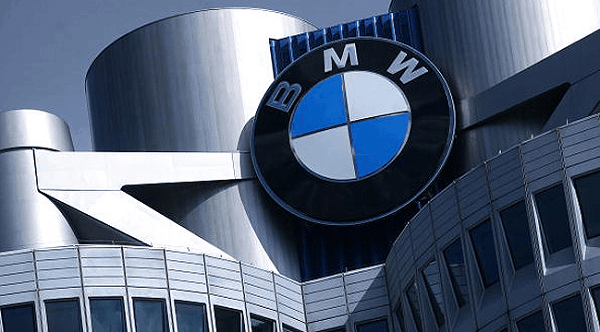 On the 6th of November, BMW AG posted its third-quarter results. The Munich-based carmaker confirmed its full-year’s targets and announced earnings for the third quarter of the fiscal year that topped analysts’ estimates as sales in China helped company overcome poor results in Europe.

According to released data, BMW AG saw a 14 percent increase in the earnings before interest and taxation in the third quarter of the fiscal year to €2 billion, beating analysts’ estimates of €1.74 billion. Data showed that net profit grew to approximately €1.29 billion, while sales climbed as much as 13.7 percent to a record €18.8 billion.

The Munich-based carmaker informed that overall BMW sales, including Rolls Royce and Mini brands, grew approximately 9 percent to 434.963 for the third quarter ended September. Research indicates that sales of Rolls-Royce and Mini vehicles will achieve  record sales and earnings in 2012.

BMW AG saw a 30 percent increase in China’s sales. Certainly good results in China’s sales helped company overcome problems which are faced  in the crisis-ridden Europe. According to data, sales in Europe increased moderately by 2.6 percent as sales in southern Europe slumped due harsh economic conditions. In general, demand for new cars in Europe has been decreasing for nearly five years and many carmakers are affected by that trend . Sales in Germany dropped approximately 0.5 percent, while sales in Japan increased roughly 12 percent, according to data released by BMW AG.

The company also informed that its forecast for 2012 sales and earnings remained unchanged despite the growing market uncertainty.  The carmaker is convinced that all its targets will be achieved. In addition, BMW AG predicts  new pre-tax profit as well as sales records. The Munich-based company expects to top 2011’s pretax profit of €7.4 billion. The outlook is based on the assumption that global economic conditions would not decline harshly.

Norbert Reithofer, chief executive officer at BMW AG, noted that even though the Munich-based carmaker saw satisfying results in the third quarter, the company as well as the whole industry might face unfavorable conditions in the current quarter. He stated: “Like the rest of the sector, we are now beginning to feel some headwind.” Yet the carmaker concentrates on the  high end of the market, which is much more profitable compared with the other sectors of the industry.

Moreover the luxurious carmaker has underlined that it still expects to deliver as many as 1.7 million cars in 2012 as it anticipates the further increase in the current quarter despite the unfavorable global economic conditions, including debt crisis in the eurozone.

The carmaker wants to take advantage of increasing demand in the emerging markets. Just in October, the company informed that it would open a factory in Brazil in 2014 as this market seems to have an incredible potential.  According to the BMW AG’s press release, the company will invest over $260 million into the new plant which will be located in Santa Catarina. The Munich-based company aims at maintaining the worldwide balance of sales.