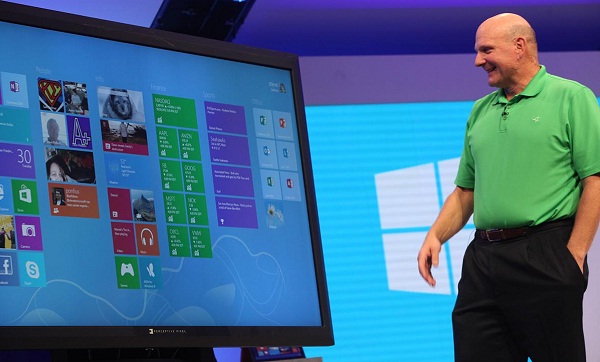 The Microsoft Corp.’s Windows Operating System’s latest version is finding its way to meet user expectation. Windows 8 debuted back in 2012 and has seen most buyers of the OS, grumble, rant and finally downgrade to the previous version – crisp and comfortable Windows 7. That Microsoft Corp. thinks that it is in trouble is understood by the recent admission by some of its high-level personnel admitting that  Windows 8 is not meeting expected sales figures.

Windows 8: touch –capacity not in line with present Windows ecosystem for desktops

Not surprisingly, the Windows 8 OS was developed by Microsoft Corp. almost as an afterthought. When Bill Gates was at the helm, all products by the company were built around operating systems for desktops. The company persisted with its PC-based policy and failed to venture into the lucrative smartphones and tablets OS market, and are now paying for their last-to-enter- this-segment approach.

The fact is that Microsoft Corp. has started to rue its delay in moving into the touch-based technology that is integral to smartphones and tablets.

The main reason for Windows 8 not finding immediate user-base is because there are not that many Windows OS users for smartphones. Currently, the most popular tablets and smartphones belong to the Apple Inc.’s iOS and Samsung Electronics Co.’s Android OS. Windows 8 that was developed exclusively to compete with these already established and popular players has not found ready buyers.

More important, most buyers have bought licenses with the downgrade option and have not hesitated to exercise that option. They have switched from their new and irritating Windows 8, tile-based user interface, to the reassuring Start Button and ribbon interface that they are familiar with on their Windows 7.

Predictably, there are several who are just impatiently betting on the quick ouster of Microsoft Corp.’s current CEO, Steve Ballmer.  Under Steve Ballmer’s leadership, the company has tripled revenues, but its share value dropped from $60 at the time of his takeover to $32.69 on the 10th of May 2013.

However, Microsoft Corp. has categorically stood behind its CEO and its VP and in a recent blog post has staunchly supported him.

Microsoft CEO Steve Ballmer has been instrumental in the Redmond-based giant making the leap forward into the Cloud, besides making a concentrated effort on the enterprise and B2B fronts. The retail and consumer market segment too has remained the same since his watch.

But the undeniable fact is that Microsoft CEO Steve Ballmer has proved to have allowed the company to miss the bus with its debutante tablet- Surface.

Frank Shaw, the Corporate Vice President of Corporate Communications underlined that page views did count as digital currency, but at Microsoft Corp. the focus was also on listening to user feedback and incorporate changes to their OS and align to user-comfort.

The company has already initiated training to its retailers to point to users that the feature to switch to Windows 7 already exists in Windows 8.