Blue Apron & Beyond: How Big is the Meal Kit Industry?

Now That UberEATS Launches In Melbourne, Uber Can Be Your Everything

No more relying on Blue Apron for Meal Kits

Cooking is rewarding! But for anyone that would come home to an empty fridge after a long day at work, the task is no fun. Irrespective of how willing you are to cook, it will be very appealing to have all the ingredients pre-measured and packaged for you to just mix like the cooks on TV. That’s what meal kit delivery services can offer! You don’t have to worry about going to the grocery stores for food items or even think about what to cook just to ditch prepared meal delivery. Blue Apron is one of the strongest competitors in the meal kit industry which currently prides about 1% of the global food market. The pre-packed ingredients are enclosed in a cardboard with the recipes and delivered at your doorstep every week at roughly $10 per meal. That’s amazing, right?

Meal kit delivery services started in the US market in 2012, lead by Blue Apron, HelloFresh and Plated. The industry has recorded tremendous growth since then, gaining a global valuation of USD$2.2 billion as of mid-2017, based on reports from Time Magazine. With at least 30% of adults in the US having patronized the meal kit market as of December 2016, Statista estimated that meal kit industry revenue could reach USD$10 billion by 2020. And according to a survey in 2017 by Morning Consult, Blue Apron had the highest number of customers – holding about 70% of the entire market share, with revenue of 795 million dollars in 2016. HelloFresh had the second largest number of sales, followed by Plated.

The rate of food waste globally is very alarming; almost half of all food produced (about 1.6 billion tones) is wasted annually, according to FAO. This is mostly before they even get to the table. With online meal kit marketplace, consumers have access to receiving close to the exact quantity of food they need directly from the service provider. Blue Apron alleged that the company is partnered with over 150 farms. That means, every meal kit is fresh (organic) and served to reduced waste to the barest minimum. This promise is not different from what other meal kit companies are offering, each specializing in unique foods such as vegan diets, smoothies and seasonal ingredients and takes an average prep time of 45 minutes. 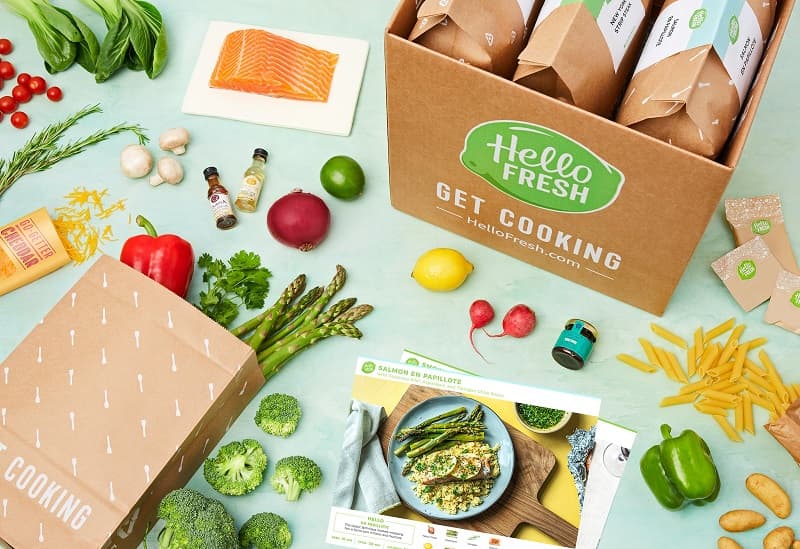 Meal kit delivery services started in the US market in 2012, lead by Blue Apron, HelloFresh and Plated.

After five years of operation, Blue Apron had a valuation as high as $3.2 billion, with its initial public offering between $15 and $17 per share, according to Fortune. But this lasted for a few weeks. Amazon’s acquisition of Whole Foods in June 2017 affected the meal kit industry negatively due to the increased number of fresh dairy distributors. Blue Apron’s valuation shrank to $1.98 billion, with its shares closing at $5.12 as of July 2017. And the company which has the largest share of the meal kit market was forced to embark on a few management changes. Hope came a few months later after Plated was acquired by grocery giant Albertsons. But that was short lived.

Despite the rapid growth enjoyed by over 150 meal kit companies available in the United State (according to Inc Magazine), their biggest challenge is to retain subscribers. Most customers use the services only once, after being lured by the initial free meals. MONEY reports that a few people continue with the service after 8 weeks – about 6% of the customers (mostly male with upper-income) maintained their subscription after three months in the entire market. Only Blue Apron recorded an average of 12% customer’s retention within their first three months according to a survey by Morning Consult. This has by no means proved success in the meal kit industry yet. As of March 2018, Blue Apron’s stock closed at $2.15 per share and CNBC reports that “Blue Apron shares may have more room to fall after its 80% plunge in nine months.” People practically don’t believe the service is here to solve the purported challenge. 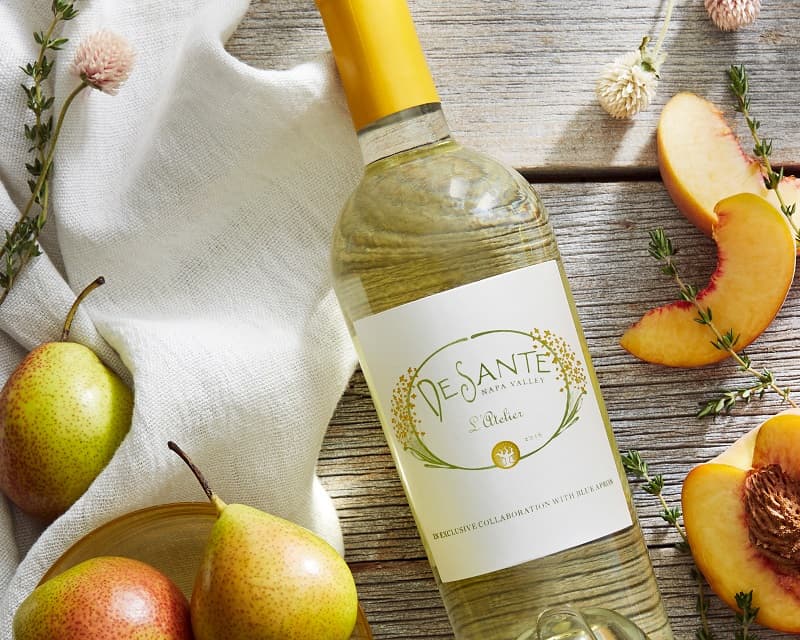 According to a survey in 2017 by Morning Consult, Blue Apron had the highest number of customers – holding about 70% of the entire market share, with revenue of 795 million dollars in 2016.

With the quality of service constantly improving to ensure that consumers remain in the service, many subscribers are, however, pleased to cook their foods, since the service is a replacement for prepared meal delivery. But a major drawback is the high cost of meal kit delivery services. Aside from having more male customers, the service is inadvertently confined to urban areas and patronized by figures with upper-income. This restricts a potential boom in sales as the major consumers in dire need of such service lack the financial capacity to even price it, whereas there are more affordable prepared meal delivery services available. In the wake of service price criticism, some have dubbed online meal kit marketplace as a service for individuals with lots of disposable income.

Another major challenge in the meal kit industry is its wastefulness. The shipping distance, excess plastic bags in each delivery and of course, the freezer packs! These are problems! It is not clear if the companies are actually cutting down shipping costs, obviously, the meals were not packaged at the supplying farms. A lot of people have shown concern over the endless cardboard boxes (not even a challenge), the freezer-packs and the polyethylene bags in each order. Aside from the running cost, we can accept they are recyclable, but that’s easier said than done!

Blue Apron is currently supplying over 8 million meal kits a month, if we do the math considering each box to contain two freezer packs weighing six pounds each, that’s a yearly waste of approximately 192,000 tons of freezer-pack from Blue Apron alone. Did we just accept that the industry is helping to reduce waste? It’s interesting to know that Blue Apron is now running a take-back program, but the company won’t say if they are reusing the freezer packs or dumping them in a warehouse or landfill. 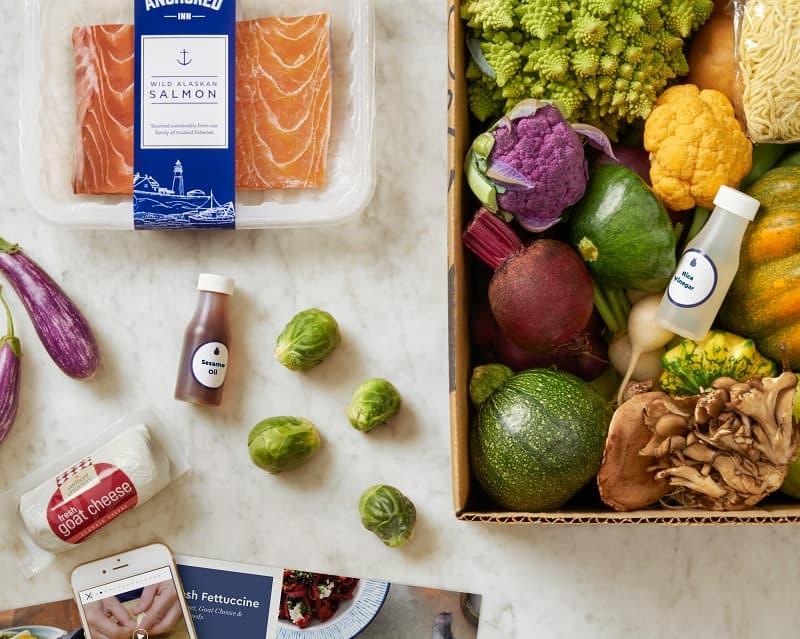 Despite the rapid growth enjoyed by over 150 meal kit companies available in the United State (according to Inc Magazine), their biggest challenge is to retain subscribers.

It is clear that the meal kit industry has since last year hit the wall and must adjust business models; offer additional products and services to remain alive. But the challenge is that none is able to understand how consumers will prefer to access meal kits in the future, for the sustainability of the industry. The market is quite very challenging now; new companies are still hopping in to tighten the chances for others to strive. And the cost of running meal kit delivery services has since become very high to make profits due to low turnover.

Some analysts believe that the only way forward is to widen shopping preferences and consumer needs. Also, that the meal kit market would soon be dominated by supermarkets – another food retail channel that has been challenging the industry.