Blake Mycoskie’s TOMS business card states him as “chief shoe giver”. It’s precisely the kind of jolly and informal job role one might expect from the thirty-seven year old man. This man has spent a good part of his thirties refining his image as a hippie Robin Hood. At the same time, he has been architecting a principled one-for-one business model. This business model is now a very well known shoe brand worldwide by the name “TOMS”. 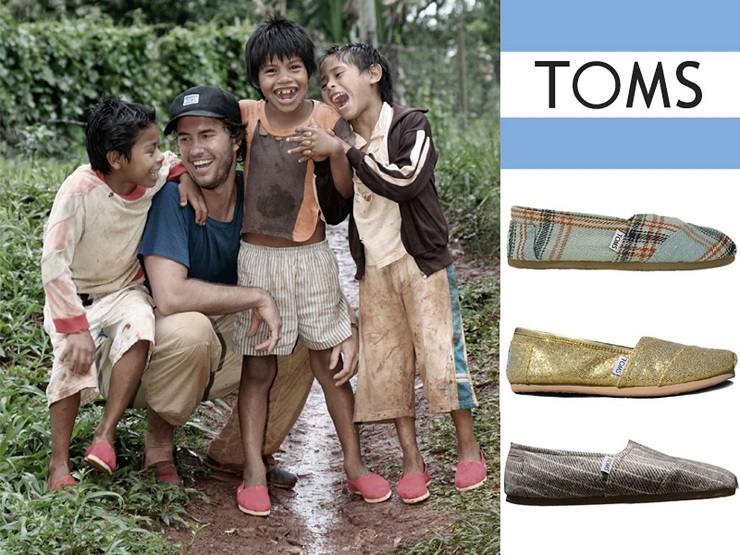 An Ethical and Sustainable Business Approach

Ten years ago, Blake Mycoskie extracted two significant observations from his engagements in Argentina. First being that poor children without shoes were open to illnesses. Furthermore, they were unable to attend school, as shoes are a prerequisite for attendance. The second was that practically everyone with shoes, from farmers to locals, were wearing a usual canvas slip-on called the ‘Alpargata’.

These perceptions later converted to a multimillion-dollar shoe business. When Mycoskie went back to United States he really liked the style of ‘Alpargata’ shoes and he then applied the Argentinean’s idea. Considering that there’s a market for the shoe in the U.S., Mycoskie got into existence – TOMS, short for “Tomorrow’s Shoes”.

His set up was to contribute a pair of shoes to a needy child for every one he sold. Many at that time considered this a revolutionary model for social entrepreneurship. Later, Mycoskie went on to be a 2011 alumnus of Fortune’s 40 Under 40 list.

TOMS shoes are mostly prepared from 4 components: canvas, rubber, dye and pig suede. It is an informal wear that is created by lightweight and eco-friendly supplies. Every pair is mostly enclosed by canvas, which is prepared out of cotton and post-consumer plastic waste.

TOMS has become an admired trend in current years even though they are minimal and enduring. Most like them because they feel comfortable and convenient.

Furthermore, TOMS has a pioneering notion – “one for one”. This notion means that the brand will donate a fresh pair of shoes to people in developing countries when a customer purchases a TOMS in the retail store.

Nevertheless, there is a little more than cotton in the Toms canvas. Possibly it wants to be more eco-friendly, so it puts in post-consumer waste into the canvas to lessen the environmental waste.

Next step of manufacturing process is to apply dye on the canvas. The dye is called AZO and it is lead free. Hence it creates less damage to human body and environment. The base of the shoes is craft out from rubber, which is a copolymer – ethylene vinyl acetate.

Moving along with a completed shoe framework, an insole will be put inside of the shoes for comfortable purpose. This insole is made out of pig suede. Finally, there’s a pair of completely well made TOMS shoes created.

Fast forward to 2016, TOMS has a yearly sales of around $500 million and more than 500 employees. Furthermore, it has donated 70 million pairs of shoes to poor children. The shoes so full of simplicity, is what creates beauty in design and that’s what let them to become an icon so quickly.

Nonetheless, the past two years have been a time of significant change for Blake Mycoskie’s TOMS. In 2014, private firm Bain Capital acquired a 50% stake in the company. With half of his payout of $200 million, Mycoskie launched a social entrepreneurship fund to support the next gen of brands similar to TOMS. Till now the brand has made 15 investments in companies with social goals.

Furthermore, in 2015, Mycoskie got off as CEO of his own firm, giving the reins to Jim Alling, who formerly held executive roles at T-Mobile and Starbucks. 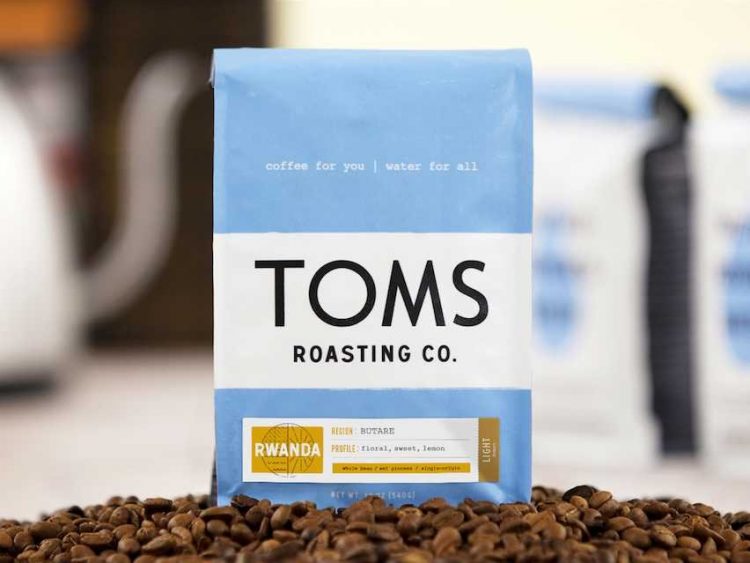 The brand has also split out, using its “one for one” model to sell other products such as eyewear, coffee, bags and footwear for kids.

As with the brand’s shoes, each pair of glasses sold means one goes to a poor person incapable of affording. The brand also sells TOMS ethical, fair-trade organic coffee. With each bag bought, a week worth of clean water goes to a person in need.