Blackstone pulls out of race for Dell acquisition 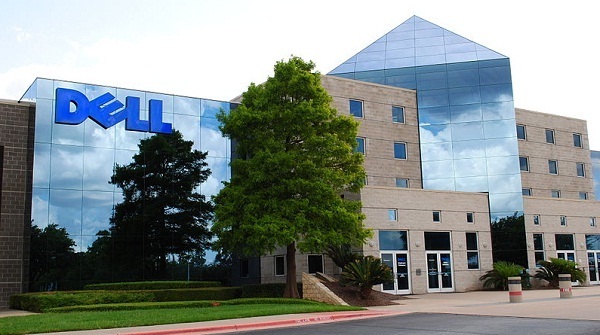 While the game is getting harder, Blackstone Group is rumored to have pulled out of a race for a Dell acquisition. Certainly, the good news on the matter has cheered up the remaining participants of the aggressive and ruthless bidding for iconic Dell Inc.

On the 18th of April, rumors started circulating that a dark horse of the bidding, Blackstone Group, decided to withdraw from the race for the acquisition of Dell Inc. The information was not confirmed by any of the parties, including PC producer Dell Inc. But one thing is certain that the resignation of Blackstone Group is, without a doubt, good news for Michael Dell who is much interested in the acquisition of its “child”.

Undeniably,  the fact is the news on the Blackstone’s resignation is surprising, taking into consideration that it joined the race in March when it made an offer to purchase the world’s third largest PC maker. Certainly, the Blackstone’s interest in the acquisition of Dell Inc. was much cooled down by the concerns over the PC maker’s financial condition and the slump in demand for PCs. Indeed, it seems that the information about a shocking 14 percent plunge in demand for PCs, which was released by International Data Corporation (IDC) earlier in April, had a direct impact on the Blackstone Group’s decision to withdraw from the race for the Dell acquisition. In addition, a lower earnings outlook for Dell Inc. was not a honey pot as well.

As it is underlined by analysts, the situation does not look good as Dell Inc. has been struggling with depressing demand for PCs as well as lower cash flow. This insipid situation of Dell Inc. is also exacerbated by the fact that the company does not have any idea how to get out of problems.

Who will get Dell?

After the Blackstone Group’s withdrawal from the bidding for Dell Inc., only activist investor Carl Icahn and Michael Dell are the remaining parties at the battlefield.

Analysts, however, note that Carl Icahn has smaller chances to successfully bid for Dell Inc. and in fact Blackstone Group had a better chance in a direct face-off with Michael Dell and his partner Silver Lake. The Carl Icahn’s chance are even small as Silver Lake informed on the 18th of April that it had collected more than $10 billion from investors, who are mainly from emerging markets, for its new private equity fund.

But still, the Carl Icahn’s offer includes a proposition of keeping part of Dell Inc. public in comparison with the offer made by Michael Dell. Intensely striving for the acquisition of a 58 percent stake in Dell Inc., Carl Icahn offered $15 a share. But the situation is changing all the time when it comes to acquisitions and mergers. Interestingly, just on the 16th of April, it was made public that Carl Icahn, who is the owner of a 5 percent stake in Dell Inc., had acquiesced to the company’s request to refrain from raising his stake to more than 10 percent as the purchase process continues.

Time will tell who will get Dell Inc.

Anna Domanska
Anna Domanska is an Industry Leaders Magazine author possessing wide-range of knowledge for Business News. She is an avid reader and writer of Business and CEO Magazines and a rigorous follower of Business Leaders.
« Concept of country’s debt revised
Microsoft surprises as it beats profit predictions »
Leave a Comment
Close