BlackBerry’s Square Passport Phone Set To Debut, To Be Priced At $599 Unsubsidized 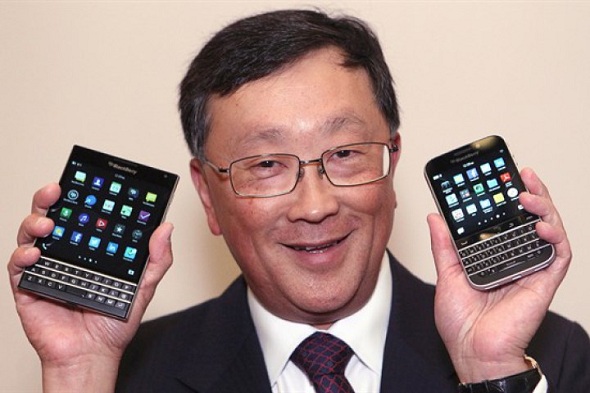 In an effort to regain some of the lost ground in the global market, BlackBerry Ltd. plans to officially launch its much-anticipated and potentially game-changing Passport smartphone.

The new BlackBerry Passport is scheduled to be launched on Wednesday by the company in Toronto, London and Dubai.

BlackBerry, who was once a leading pioneer in the mobile phone technology, is embarking on potentially the most critical phase of its long turnaround. The company recently concluded a three-year long restructuring process after the smartphones released by the Canadian company failed to impress users. However, renowned security expert and the company’s CEO John Chen’s experience might prove that its new devices and services are capable of generating sustainable new streams of revenue and help BlackBerry to re-establish itself as a niche company.

The BlackBerry Passport’s unique square-shaped form factor seems to be targeted toward the business user or the professional user who has lots of business to do. While most recent devices reach lengths of around 5.5 inches, BlackBerry Passport will measure 5.04 x 3.56 x 0.37 inches. The hefty wide touchscreen is crafted for reading highly detailed documents such as medical charts and spreadsheets. The combination of a large touchscreen and a practical keyboard might also draw professionals who do more than just social media and videos on their smartphones. The company is working towards generating sales in a global smartphone market where growth is increasingly focused on segments that are lower-priced.

The new BlackBerry Passport features a resolution of 1440 x 1440, 453-pixel density and Corning Gorilla Glass 3 protection. The 4.5 inches diagonal means that Passport will provide 453 PPI. The handset’s hardware will reportedly have a Qualcomm Snapdragon 800 quad-core processor running at 2.2 GHz, 3GB of RAM and 32GB of storage memory that can be expanded up to 64GB via microSD. The smartphone will rely on Adreno 330 to offer a smooth visual experience. The whole pack will be powered by a 3450 mAh Li-Ion battery offering up to 36 hours of use, and connectivity options that include LTE, Wi-Fi 802.11ac, GPS, Bluetooth, HSPA+ and NFC. As for software, the BlackBerry Passport will run BlackBerry OS 10.3. The device also boasts a QWERTY keyboard, a 16-megapixel primary camera along with a 2-megapixel secondary shooter.

The device which will go on sale starting Wednesday will cost $599 in the U.S. off contracts. Other markets around the world will also have instantly availability after launch. Prices outside the United States haven’t been released yet.

Compared to different models of the iPhone 6 and Samsung’s Galaxy S4 that’s currently on sale, there’s a price cut of about $50 to $250. But will the price be low enough to allow BlackBerry to recover?

Off-contract pricing for some recently announced smartphones that the Passport will be competing with: