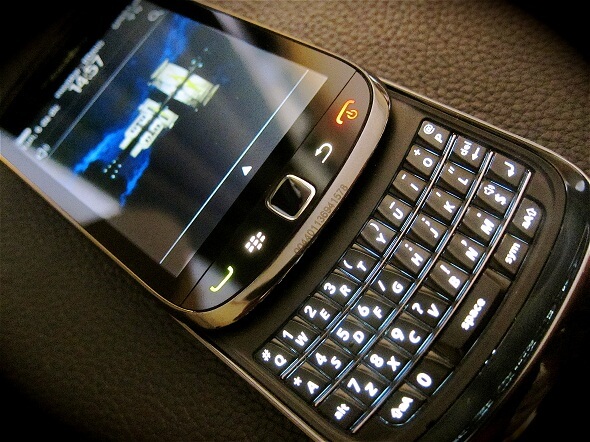 Blackberry’s new tablet hopes to be the most secure tablet on the market.

Canadian company BlackBerry is returning to the tablet market with an aim of extending the range of its secure mobile devices.

Blackberry’s new tablet hopes to be the most secure tablet on the market. Mainly targeted at the large government and enterprise orders along with other security-conscious sectors, the SecuTablet includes encryption technology and also secures communications between employees.

The SecuTABLET is a Samsung Galaxy Tab S 10.5 modified with a Secusmart Security Card for voice and data encryption and uses International Business Machines software to wrap applications that hold secured work apps in a virtual container where they can’t be harmed by malware.

“Security is ingrained in every part of BlackBerry’s portfolio, which includes voice and data encryption solutions,” said Dr. Hans-Christoph Quelle, chief executive officer of Secusmart GmbH, in a statement on the new device.

BlackBerry has strived to regain its position since its smartphone market share began to plunge years ago. Currently, the company has less than one percent share of the mobile market. John Chen, who took over as BlackBerry CEO in late 2013, has been working towards building the company back up bit by bit.

BlackBerry introduced its first tablet four years ago, the consumer-oriented PlayBook, only to see it quickly sink before finally discontinuing it altogether.

An unmodified Samsung Galaxy Tab S 10.5 retails for around $500, but the SecuTablet has been priced at $2,380 as well as the Secusmart MicroSD encryption card, the necessary app-wrapping and management software, and a year’s maintenance contract. The device is set for release this summer. Although its target audience will be corporations and governments seeking to keep out spies and criminals, Quelle hopes IBM’s enterprise customers will also be interested. Secusmart will sell the device in Germany, while IBM will sell it elsewhere.

According to BlackBerry’s Secusmart unit, Germany’s Federal Office for Information Security is currently assessing the tablet to certify the device for classified government communication.

Quelle further said that by working with IBM and Samsung, BlackBerry will have added the last link in the chain of the Federal Security Network. German government agencies will have a new way to access the company’s most secure and complete communications network in the world.

Apple iPhone 13 Pro and iPhone 13 Pro Max can be a hit with its ever new technology A15 Bionic chip and other cool profound features.
3 hours ago