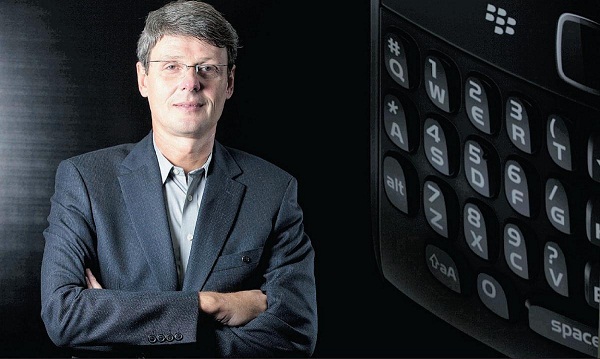 Research in Motion plans its big comeback on the stage with its new BlackBerry 10 smartphone to be launched in couple of months. The new RIM BlackBerry 10 smartphone is expected to help the company to get on its legs after not so profitable and successful time as it struggles for market share against iPhone and Android smartphone competitors. RIM, the BlackBerry maker, also informed that it planned to reveal the company’s quarterly results on the 27th of September.

New RIM BlackBerry 10 Smartphone – A Way to Get Back on Top?

RIM, the BlackBerry maker, prior to release of the Apple Inc.’s iPhone in 2007, was a leader in the mobile market, delivering its smartphones and software that was desired by everyone. However since then Apple Inc.’s iPhone and Google Inc.’s have been playing the main role in the market.

Yet still over 80 million people over the world rely on and use RIM BlackBerry smartphones. At the BlackBerry maker’s latest conference held in San Jose, California, however, it was obvious that the company was in deep trouble as only a third of 1,500 seats were filled. If the conference of any producer of the well-known and reputable smartphone does not draw attention, it means that something is really wrong and it must be repaired quickly. That is the case of RIM.

Thorsten Heins, Chief Executive Officer at RIM, believes that the remedy for the dilapidation is to build not only just a few new phones but a new platform for mobile computing base on both phones and tablets. Thorsten Heins stated: “We are convinced this platform will shape the next 10 years as profoundly and as positively as BlackBerry shaped the last decade.”

RIM is at a parting of the ways. A recent survey conducted by Appcelerator showed that in the last 18 months the interest in the company from applications developers dropped significantly. Where previously approximately 40 percent said that they were “interested”; the new results have noted a 9 percent of interest in developing those apps. Therefore, Thorsten Heins does everything into his power to lure back applications developers to rally support for the upcoming launch of the RIM BlackBerry 10. The CEO at RIM is aware that a key to a successful future of the BlackBerry 10 and the whole company in general is in hands of applications developers.

RIM, the BlackBerry maker, is expected to reveal its quarterly results on the 27th of September. Certainly the RIM quarterly results will show a continued decline as the company is struggling for market share against Apple Inc. and Google Inc. However some experts expect that RIM will post a growth in its subscribers, yet they are convinced that the next increase is not to be noted in the nearest future.

Moreover the BlackBerry maker is trying to retain the support of software developers as it lost roughly $518 million in the previous three months alone. RIM share price is down nearly 70 percent on this time last year. According to research by technology analysts Gartner, the BlackBerry platform is expected to drop to 5.5 percent share by the end of 2012. A further drop to 2.8 percent by 2015 is also expected by those analysts. Yet some experts note that this situation is not the fault of the new management team, but the fault of the previous one.

The Federal Communications Commission rejected by a vote of 3-2 on Tuesday to freeze the rollout of Ligado Networks’ nationwide mobile bro...
7 hours ago

Apple Inc.’s much-coveted Apple Car could be produced by Kia Corp. at the latter’s manufacturing facility in the United States. The Sout...
8 hours ago