Facebook is Partnering with Banks to Provide Financial Services

Canadian smartphone maker BlackBerry Limited has released its new secure  messaging application, known as BBM Protected. The new app that was announced beginning this year was released on Monday for some BlackBerry phones, the first solution in the eBBM Suite for secure corporate messaging. 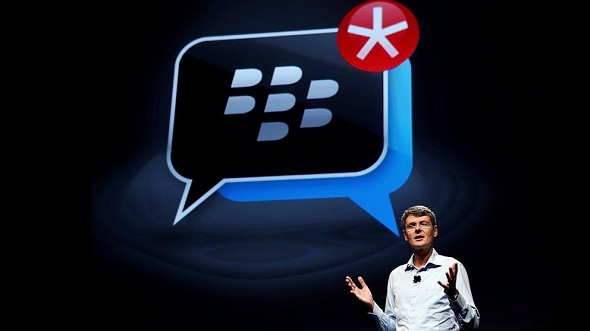 While the regular version of BBM is already well liked among users, BBM Protected provides enhanced security  and compliance features designed specifically for corporate users with high security needs such as banks.

BBM Protected provides a new kind of encryption that has yet to be introduced with any other iteration of BlackBerry Messenger. It uses an FIPS 140-2 validated cryptographic library (the US government computer security standard) which has in fact made it the only secure mobile instant messaging app in the market, the company said.

The company illustrated that BBM Protected uses several layers of encryption, with one of them offering encryption keys that are controlled by the enterprise rather than BlackBerry. For most industries and organizations that depend on secure communications, not having BlackBerry in control of encryption keys can be extremely beneficial.

While there are plenty of secure messaging platforms available for mobile phones already, BlackBerry says that a very few of them provide the same level of protection as BBM Protected.

All though end-to-end encryption is now prevalent among most messaging applications, the encryption keys themselves are usually managed by the company in control of the application. Users will have to trust the security of whichever company that is. However, BBM Protected clears that predicament by offering the enterprises more control over the eBBM suite.

Each and every user that connects to BBM Protected will have to confirm his or her identity, and a key must be created for every conversation. With this kind of protection, employees can message colleagues inside the company for work and other eBBM users and not worry about how secure their communications are.

The release of BBM Protected is available only on select BlackBerry smartphones. Users with

BlackBerry devices running BBOS 6.0 or later versions, or BlackBerry 10 devices running in Regulated mode can have access to the service without any software update. Later this year the BBM Protected will be extended to BlackBerry 10 smartphones in Work or Personal Balance mode, as well as to organizations with iPhones and Android devices. Since those platforms are now far more favoured than BlackBerry’s own handset, they are crucial for helping BlackBerry clinch market share against other secure messaging apps.

Hyundai Motor says the vehicle recalls are expected to cost the company about 1 trillion won or an estimated $900 million. In South Korea, 2...
11 hours ago