In a move to add extra power to its mobile security foundation, Canadian smartphone maker BlackBerry announced it will acquire German voice and data encryption and anti-eavesdropping firm Secusmart, which developed technology to safeguard the smartphones of German government officials, including Chancellor Angela Merkel.

The Waterloo, Ont.-based BlackBerry made the announcement on Tuesday at an event held in New York. The financial aspects of the deal were not disclosed, which is subject to regulatory approvals including certain customary conditions. 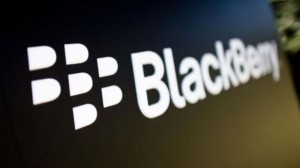 The two companies had already worked closely in the past, to offer Secusmart-equipped BlackBerry handsets to a significant number of German government organisations and almost all government ministries and officials who were interested in highly secure conversations.

Last year the company developed a special technology for information security for classified communications, SecuSUITE for BlackBerry 10 phones that were distributed to several government agencies and highest public officials.

“We are always improving our security solutions to keep up with the growing complexity of enterprise mobility, with devices being used for more critical tasks and to store more critical information, and security attacks becoming more sophisticated,” Chen said in a news release.

The move which should have been made a couple of years ago positions BlackBerry against competitors like Apple and Samsung. BlackBerry, which at one time it was the most dominant phone in the world floundered with the introduction of the iPhone and later Android phones.

According to comScore database, BlackBerry in Dec 2009 had nearly 40% of the US smartphone market share, while in its latest report ending 2014, it had dropped down to just over 2%.

With the Edward Snowden revelations of mass snooping by global intelligence agencies that have come out over the last year, BlackBerry aims to capitalise on the growing interest in end-to-end encrypted voice services. This acquisition provides Blackberry the talents and technology needed to fight electronic eavesdropping and data theft.

However, the question is what took Blackberry so long to acquire this firm, which was obviously a good move. What remains to be seen is, weather Blackberry can restore its mass market success it once had or if the deal is much too late to even matter.