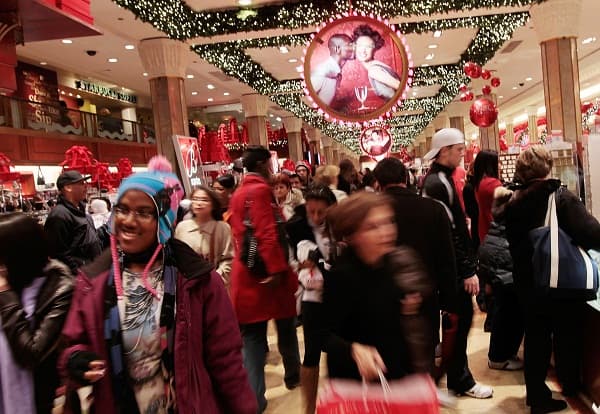 Even though Thanksgiving is just a few days away, the holiday shopping season spree has already begun. And yes, these days holiday in general does not have much in common with the present Black Friday Frenzy which starts over the one-month long season of haunting for holiday deals. It almost seems as Native Americans, Pilgrims and Santa Claus are only nice-looking icing on the holiday season’s cake. During the holiday season everything revolves around shopping. That matters and that is the truth.

Retailers know about it and they want to take advantage of this holiday shopping spree. Therefore Black Friday, which officially marks the beginning of the holiday shopping season, is used to lure as many consumers as possible. Of course it is nothing surprising as retailers just want to earn. But… There is always a “but”.

The launch of  Black Friday deals on Thanksgiving is becoming more popular as some retailers feel forced to do that to keep up with its bigger competitors including Wal-Mart Stores Inc., Target Corp. and Sears. And this 2012 Black Friday is to start at 8 p.m. Thursday at Wal-Mart, Toys R Us and Sears stores. Target is to launch its Black Friday deals at 9 p.m. Best Buy Co. Inc. will open its stores right at midnight and it seems that the retailer wants to play safe.

A must-have item of 2012 Black Friday has not yet been decided. According to analysts, Nintendo Co.’s Wii U may be a hit of the holiday shopping season.

But this new holiday has also a dark side. Black Friday witnesses chaotic and sometimes even violent scenes which mark the beginning of the holiday shopping season. So where is the spirit of the holiday season?

Anna Domanska
Anna Domanska is an Industry Leaders Magazine author possessing wide-range of knowledge for Business News. She is an avid reader and writer of Business and CEO Magazines and a rigorous follower of Business Leaders.
« Cisco Pays $1.2 Billion for Cloud Network Company Meraki
HP charges Autonomy with $8.8 billion for wrongdoing »
Leave a Comment
Close