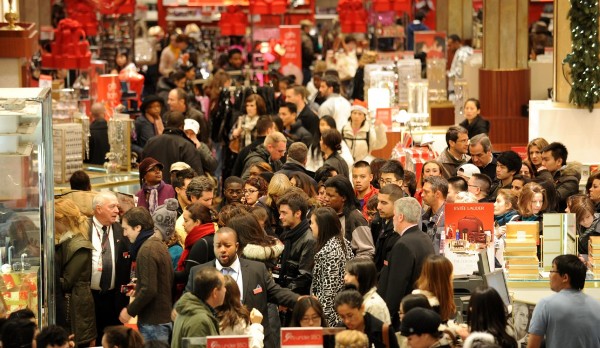 Nowadays we all know it as term for mad discounts and shopping craziness, but above all, when it comes to business, as billions worth Black Friday deals. But in case you have forgotten the term black Friday wasn’t referring to something positive, when first used in 1869; it was used for sudden market drop that led to depression whereas use of the term continued for describing a number of Fridays in history where an event led to public chaos or disaster.

We are exactly two weeks away from Black Friday madness, shopping literally to die for, since many bad things have happened in last few years, ending with deathly consequences due to crowd and number of people wanting to benefit from mad discounts. The fact that Black Friday is a public holiday in some states it’s a way to get even more people becoming a part of shopping craziness, while many take that Friday as a day off.

One of the theories on why is it called Black Friday in the first place says it comes from the old fashioned way business accounts were recorded; losses in red ink and profits in black one. That theory actually makes sense if you consider the kind of money these companies make from Black Friday business. Last year if you were one of the buyers, you were part of the $59.1 billion worth shopping craziness with extra more $1 billion in online sales and for this year billions that are about to be spent are estimated to increase, especially when it come to on line shopping. It is for sure easier to enjoy mad discounts from a safe environment like house or office, instead of being part of chaos in shops.

For chains as Walmart, Black Friday can increase their year to net profit from $14 billion to $19 billion, so you can only imagine what Black Friday madness means to all kinds of shops all around U.S. When talking about Walmart 2013 deals for Black Friday might be worth of dealing with crowd during purchasing. This year they have again found the way to attract enormous number of people; $100 gift card for the purchase of many Android smartphones and a $75 gift card which includes iPhone 5s and iPhone 5c. Walmart is also offering users a possible trade it sounds like you give an old phone in for up to $300 to subtract from the purchase price. The Walmart Black Friday 2013 includes multiple days, the deals start on Friday at 8AM while supplies last.

Everybody wants to have a Black Friday

For a long time, shoppers and especially retailers in Canada had envied U.S. for Black Friday opportunities, while this was lighter problem for shoppers, they would just go shopping crossing the border, leaving the retailers with even more bitter taste. And then in the last few years, things changed as Canadian retailers decided to launch their own Black Friday.

In fact this year’s Black Friday which land on Nov. 29 as well is estimated to be larger than ever in Canada, so even without having an actual holiday for that same weekend, Black Friday business spirit is spread all around Canada, providing retailers with business success. Their version of Black Friday deals is helping them to keep their shoppers inside of the country boarders and keeping American retailers away from their piece of market cake.