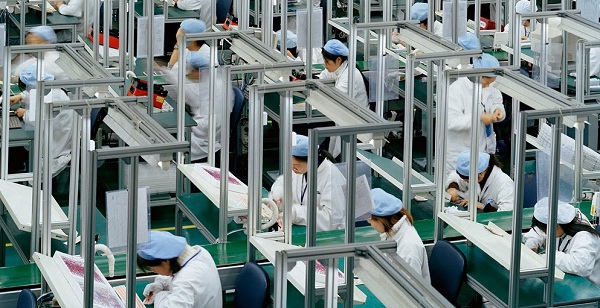 It seems that black clouds are again over China. The world’s second economy saw its manufacturing activity slow down  in April more than expected, raising fears that the highly-anticipated recovery was not strong enough. The drop in the China’s manufacturing PMI in April awoke fears that the slowdown in the China’s economy would also be witnessed in the second quarter.

On the 1st of May, the National Bureau of Statistics and China Federation of Logistics and Purchasing issued its findings on the factory activity in April, indicating that the Asian dragon saw its manufacturing PMI slide to modest 50.6 in the month, compared to the March’s reading of 50.9. The China’s factory activity was substantially lower than analysts’ projections ranging from 50.7 to 51.0.

Zhang Liqun, an economist at the Development Research Centre, underlined in a statement attached to the findings: “The dip in April PMI shows that the foundation for China’s economic recovery is still not solid,” adding that sub-indexes showed fears of Chinese enterprises.

According to the released report by the authorities, new orders in China’s manufacturing slumped drastically to 51.7 in April from the March’s final reading of 52.3. Disturbingly, the world’s second economy saw new export orders slide to 48.6 in April, compared to 50.9 a month earlier. The findings are indeed unsetting as companies are concerned that slumps recorded in new orders and new export orders might negatively affect their earnings. The fact is that that a slump in new exports orders was the main driver of the significant drop in China’s manufacturing activity in April. But analysts call attention to the fact that weakness in export demand, unhealthy situation in the property market and even some steps, which have been announced by the new government, might negatively impact growth.

Undeniably, slumps in new orders and new export orders point out the problems of the export sector, which is currently the mover of the China’s economy.

Certainly, the newest findings have added to the signs that the economic recovery in China is not as strong as authorities and analysts want it to be. But black clouds are not only over China as also other Asian countries, including South Korea, Japan and Taiwan, have to face the gloomy reality of slowing expansion.

The new government is working on steps aimed at reducing China’s dependence on exports and switching the economy to one driven by domestic demand. New authorities want to back the economic recovery by introducing more urbanization and industrialization projects, not to mention that controls on interest rates are expected to be reduced.

But even with these ambitions plans, the latest China’s manufacturing PMI for April increases the risk that the China’s economy might not expand at the pace initially projected. Threats to the China’s economic expansion are sluggish foreign demand, economic turmoil in the foreign markets, the debt crisis in the European Union and weaker-than-expected domestic demand. The visible slowdown indeed might be very much disturbing for the government and analysts, yet it should be underlined that the China’s economy is still expanding, however, weaker than expected. Without question, the economic recovery of the Asian Dragon is still on track.

Anna Domanska
Anna Domanska is an Industry Leaders Magazine author possessing wide-range of knowledge for Business News. She is an avid reader and writer of Business and CEO Magazines and a rigorous follower of Business Leaders.
« 5 Most Expensive Sports Memorabilia in the World. More pay and no play
Facebook bears fruits from mobile advertising »
Leave a Comment
Close