Bitcoin vs Gold: The Hottest Debate on the Wall Street

The past year has seen the Bitcoin vs Gold as a hedge investment debate hotting up. The price rally in the cryptocurrency has led to a shift in sentiments, with many investors now finding it a viable investment.

Bitcoin’s market cap could reach $1 trillion sometime in 2021 as investors take its reserve currency status more seriously, according to Garrick Hileman, head of research at Blockchain(dot)com.

A recent report by JPMorgan on global market strategy says that money has flowed out of gold and into Bitcoins since last October and this trend is likely to continue in the mid to long term.

The easy reading of this trend is that investors are finally realizing the value of investing in Bitcoins compared to gold as a safe haven and future value. 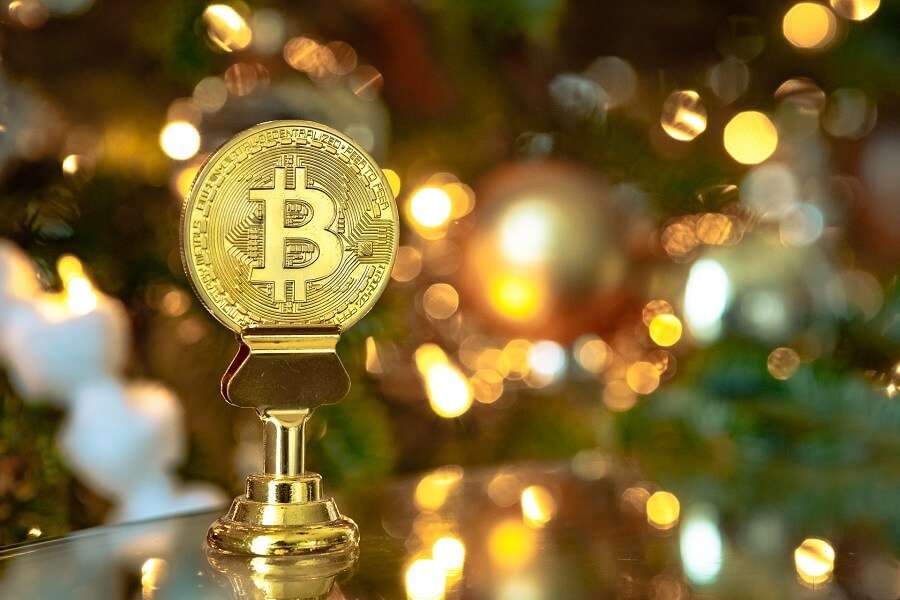 Stanley Druckenmiller, BlackRock, Bill Miller, and Jack Dorsey, all have acknowledged that Bitcoin is here to stay, and is becoming a reserve asset and has proved that it is indeed digital gold.

Gold exchange-traded funds (ETF) such as SPDR Gold Shares (GLD) and iShares Gold Trust (IAU) have seen outflows of over $4.4 billion in the past month alone, according to FactSet.

Bitcoin has a current market cap of about $350 billion, while gold is around $10 trillion. This week the cryptocurrency gained 12% over two days alone, and was trading at $22,994 on Saturday.

So what is the sentiment that is driving Wall Street and high-flying investors to show so much confidence in Bitcoin’s performance?

The news of vaccines has also added to the shift towards Bitcoin investment vs gold as investors see less need for “safe haven” investments and the potential for strong growth next year.

Institutions are getting interested and becoming active in the crypto market. Payment giant PayPal (PYPL) has already embraced Bitcoin, and Rick Rieder, BlackRock’s chief investment officer of global fixed income, even went as far as to say that Bitcoin could replace gold.

Then, there is the lure of the premium market sale.

Accredited Bitcoin investors can sell on the over-the-counter (OTC) market after a six-month lock-up period. The listed price carries a premium to the underlying value, which represents the strength of retail demand for Bitcoin. In “premium trade,” accredited investors sell into the market after the lock-up and benefit from Bitcoin appreciation and the premium, and often reinvest all or part of the proceeds into new trust shares. Without strong retail demand, the premium would fritter away.

Another thing in favor of Bitcoin’s popularity is that the young generation is not keen on gold investments and is open to Bitcoins. IT gives them freedom from institutional control of investment assets and a lot more flexibility. This week, financial advisory firm deVere released the results of a survey of over 700 of its millennial clients, which showed two-thirds of them prefer Bitcoin to gold as an investment.

Unlike gold, growth in demand for Bitcoin does not affect its supply, which feeds the interest even more.

The 2020 rally of Bitcoins was driven more by institutional hedge funds, family offices, and money managers. Hileman of Bitcoin.com expects to see continued buy-in from retail and Wall Street investors going forward, rather than corporates.

This does not mean that gold investment is over. Gold’s role as a store of value is well entrenched in the world economy and investors and advisers recommend that Bitcoin complement the yellow metal rather than replace it.

For now, the impact on gold flows is negligible. The market sentiment at the moment favors Bitcoins with premium trading freeing money for investment. Funds will rush into industry ETFs when markets get wobbly, and the commodity price starts to move up again.

Bitcoins can be used by corporates to offset the liquidity risks associated with fiat currency. Foreign exchange risk leaves a company vulnerable to fluctuating conversion rates and fees. Bitcoins could serve as a “bridge asset” on the balance sheet. Its bearer nature, ease of transfer, smart contract functionality and growing support for Bitcoins from financial institutions, will lead to some interesting developments in the years to come.

Some investors’ sentiments on Bitcoins;

Anna Domanska
Anna Domanska is an Industry Leaders Magazine author possessing wide-range of knowledge for Business News. She is an avid reader and writer of Business and CEO Magazines and a rigorous follower of Business Leaders.
« Renault Captur E-Tech Plug in Review
It’s end of a sweet ride for Uber, says SoftBank’s Vision Fund »
Leave a Comment
Close