The digital currency has seen a 900% climb since 2018, the biggest compared to any other boom cycles in the last 50 years.

The Bitcoin bull bubble burst on Monday with the biggest slide in price since March of last year. It went down by 20 % on Monday, and the price has since then continued to swing.

According to a Bloomberg market report, Bitcoin has wiped out about $185 billion in value since Friday, more than the market capitalization of 90% of individual companies in the S&P 500.

It “blows the doors off prior bubbles,” strategists wrote in a Friday note, asking whether Bitcoin is “the Mother-of-all-bubbles.”

Before the steep drop in prices from Sunday, the week before had seen Bitcoin trade 179% above its average price over the last 200 days. It was three times higher than the dotcom bubble ever got on Nasdaq 100. The digital coin was up 120% over the last 20 sessions, three times better than the rate of return that the tech-heavy index ever saw. Prices almost reached $42,000 on January 8 with retail traders and Wall Street investors all wanting a piece of the action.

“It’s to be determined whether this is the start of a larger correction, but we have now seen this parabola break so it might just be,” said Vijay Ayyar, head of business development with crypto exchange Luno in Singapore. 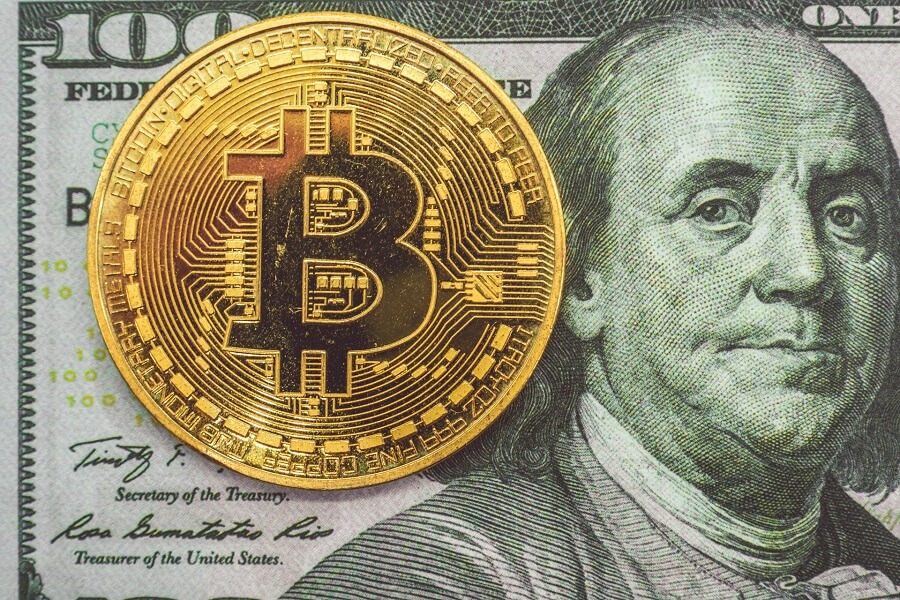 Many investors were cautioning against this very Bitcoin bubble burst, which they believed was fueled more by speculation than any fundamentals.

“If we’re just to compare it apples to apples with other commodities, it feels like a huge bubble and you could say it’s crazy expensive,” said Mike Bailey, director of research at FBB Capital Partners. “I can’t get involved in something with those kinds of technicals,” he cautioned.

It “blows the doors off prior bubbles,” strategists wrote in a Friday note, asking whether Bitcoin is “the Mother-of-all-bubbles.” Many believe that the tremendous rally seen in the prices of Bitcoins is more a result of the stimulus packages that the governments across the world have introduced to prop up economies.

“Here you’ve got both fear and greed driving that baby to the moon,” said Bryce Doty, portfolio manager at Sit Fixed Income Advisors. “That does qualify as frothy.”

Many investors were cautioning against this very Bitcoin bubble burst, which they believed was fueled more by speculation than any fundamentals. There has been a dizzying plethora of initial public offerings and spiraling cryptocurrencies, which they believe was bound to affect the market.

But there are many proponents of the cryptocurrency and say the Bitcoin market is maturing. The recent entry of institutional investors has added to its record rallies as it is seen as a legitimate hedge against dollar weakness and inflation risk.

“Here you’ve got both fear and greed driving that baby to the moon,” said Bryce Doty, portfolio manager at Sit Fixed Income Advisors. “That does qualify as frothy.”

Bitcoin’s drop over the weekend has triggered a sell notice according to the GTI Global Strength Indicator, which measures the market movements of successive closing prices. The Bitcoin’s 20-day moving average is thus far respectable, though overbought.

Chris Zaccarelli, chief investment officer at Independent Advisor Alliance, says that he is still not convinced that it is a good move to invest in Bitcoins. Even if his team of analysts allocated money on these coins, it would be for speculative value rather than as a store of value.

“Bitcoin is in the early stages of its move,” he said. “Whether we are already in a bubble or whether we are in the process of forming one will only be known in hindsight, but we think it will be similar to previous bubbles we have seen in the past.”

Bitcoins strong rallies and the institutional interest has drawn the attention of regulators. The U.K.’s financial watchdog issued a warning for consumers looking to profit from crypto.

“Investing in crypto assets, or investments and lending linked to them, generally involves taking very high risks with investors’ money,” the Financial Conduct Authority said in a statement.

Anna Domanska
Anna Domanska is an Industry Leaders Magazine author possessing wide-range of knowledge for Business News. She is an avid reader and writer of Business and CEO Magazines and a rigorous follower of Business Leaders.
« It’s end of a sweet ride for Uber, says SoftBank’s Vision Fund
Signal set to overshadow WhatsApp as the new favorite messaging app »
Leave a Comment
Close

Since last December, the Apple car project called Titan has been generating much interest with speculations surrounding design manufacturing...
20 hours ago

Fitch Ratings, a global leader in credit ratings and research, has inked a partnership with a French artificial intelligence startup as it e...
21 hours ago