Tuesday, 4th February 2013 turned out to be a momentous day for Microsoft as it appointed its 3rd CEO in 39 years to lead the reigns of the aging technology pioneer that fueled PC technology. Bill Gates stepped down as Chairman and named Satya Nadella as the CEO. Although he will continue to act as an Founder and Technology Advisor and help Nadella in shaping technology and product direction.

What Satya Nadella, the newly appointed CEO inherits is a different Microsoft from the one that Bill Gates with his genius and vision had conjured or the one that Steve Ballmer took over in 2000. 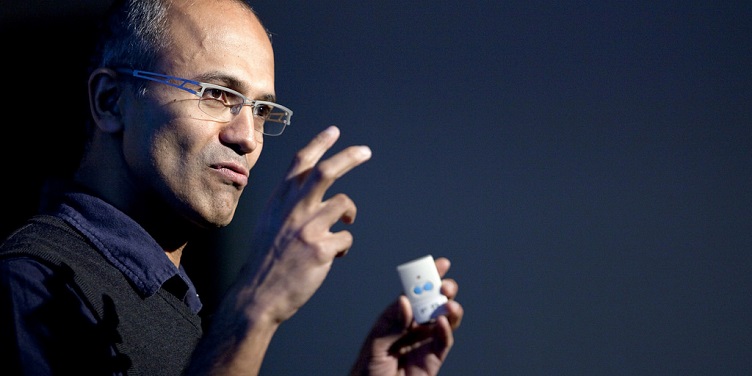 Before the millennium, Microsoft was a dominant technology company. It was an undeniably the uncrowned king of workplace technology and personal computers with its Operating Systems or Web Browsers. It was the epitome of technology that elucidated human lives. An ephemeral golden period for Microsoft before Steve Jobs had launched the revolutionary Apple iPod, much before Mark Zuckerberg has started taking over the world in his signature hoodies, and a time when Amazon was busy warding off Wall Street’s skepticism. Although Microsoft’s year after year growth, increased revenues and product line-up under the business genius Steve Ballmer through the antitrust tangle and the 2008 recession was notable, the company faced slow erosion by challenging counterparts such as mobile computing and the rise of social networking by Google and Apple. In the futuristic age of mobile technology, Microsoft is currently in deep water covering only 4% of Smartphone’s market and an even minuscule segment of tablets.

So the question remains, will the cool techie as presented by Microsoft  revitalize the shambling hardware and software business and come up to take over rival platforms such as Google and Apple and ever changing Facebook without following the competition?

A 22 year old Microsoft veteran, Satya Nadella is someone who shares matching passion and vigor as Microsoft co-founder Bill Gates. With an array of successful products from his division such as Azure, Hyper-v, .net, SQL Server Nadella is indeed a proven leader with hard-core engineering skill and a tech visionary with business insights. Revenues were boosted from 16.6 billion to 20.3 billion in 2011 when Nadella was the President of Cloud and Enterprise Division. An instrumental part of Servers, Clouds and enterprise division, Nadella is exactly what Microsoft needs to step into innovation and growth.

From a revenue perspective, Nadella faces the challenge of running the company which has a 16 different billion dollar businesses from a wide product portfolio and will soon have 130,000 employees counting Nokia. A real lesson lies from the demise of Blackberry due to lack of diversification. Will Microsoft’s competent leader look into adopting Android? Android is indeed becoming the mobile equivalent of Windows achieving a market share of 80%.

Nadella seems have grasped the realities and hurdles that Microsoft faces which is evident from his statement, that the tech industry only respects innovation and not tradition. From a fair point it can be considered that he might make future software and services available across platforms like Android and iOS.

Chairman John Thompson who led the six months search for the top leaders concluded that Nadella was the first and unanimous choice. Impatient shareholders and investors are waiting to see how successful Nadella will be in flaring the company.  What the Wall Street gathers from Nadella’s comments is comprehensible. Microsoft will possibly cut operating cost by at least 10%. Invigorate consumer and hardware business including the underperforming Bing, Xbox video game player, Surface tablet and their recent acquisition Nokia.

Irrefutably what lies ahead of Satya Nadella is a hard-hitting mission of accelerating amendments to bestow peace to Wall Street’s hunger for cash before the Microsoft BUILD Developer Conference ensues in San Francisco on April first week.

The total amount of cash to be received as part of MUFG Union Bank’s sale to Bancorp is $7.3 billion (800 billion yen).
8 mins ago