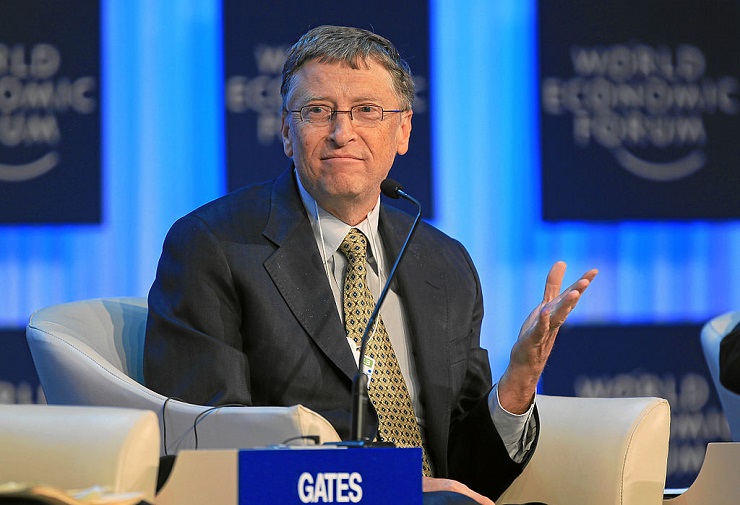 The goal of Breakthrough Energy Ventures is to bet on risky, long-term energy technologies that could dramatically reduce greenhouse gas emissions to almost nothing. According to a document released on the official website, the investment will go into areas such as agriculture and transportation, electricity generation and storage, energy system efficiency, and industrial system use.

Bill Gates, who will serve as the fund’s chairman, said in a statement:

“I am honored to work along with these investors to build on the powerful foundation of public investment in basic research. Our goal is to build companies that will help deliver the next generation of reliable, affordable, and emissions-free energy to the world.”

The President-elect is also reportedly favoring ExxonMobil CEO Rex Tillerson’s nomination as the next secretary of state. The 64-year-old Tillerson has spent much of his career tapping massive deals with Russia’s oil-and-gas giants. In 2013, Vladimir Putin bestowed Tillerson the Order of Friendship, one of the highest honors Russia gives to foreign citizens.

The President-elect is scheduled to meet a small group of industry leaders in New York City later this week. Bezos has reportedly been invited, although, it’s not clear if other members of the Breakthrough Energy Ventures will be in attendance.

Breakthrough Energy Ventures Fund is a part of the Breakthrough Energy Coalition, which Bill Gates launched in December 2015. The BEC was launched alongside Mission Innovation, a clean energy research and development initiative on the opening day of the U.N. climate change summit in Paris. The countries participating in the initiative pledged to double their clean energy technology research and development budgets by 2020.

Bill Gates has spent much of the last year financing clean energy technologies. He maintains that the only way to curtail global warming in the relatively near-term is by finding an energy source that produces zero greenhouse emissions.

Anna Domanska
Anna Domanska is an Industry Leaders Magazine author possessing wide-range of knowledge for Business News. She is an avid reader and writer of Business and CEO Magazines and a rigorous follower of Business Leaders.
« Google to go Green by 2017 by Using Renewable Energy
Rex Tillerson could be a promising influence on U.S. Energy Sector »
Leave a Comment
Close