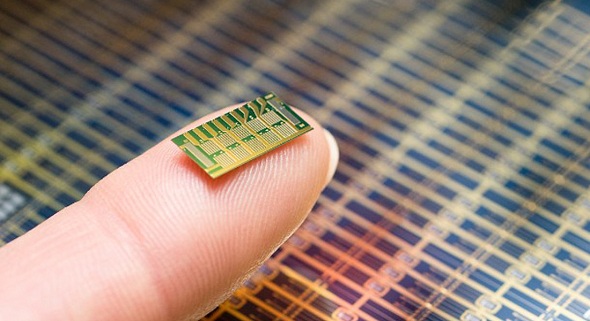 The life-span of the contraceptive chip developed is of around 16 years, which would mean fewer trips to the doctor.

A remote-controlled computer chip which would be embedded under the skin has been created under the patronage of Bill Gates. The chip, which would keep going for 16 years, would discharge levonorgestral every day, a hormone which is utilized to avert pregnancy.

According to the MIT Technology Review report, the Bill and Melinda Gates Foundation has been backing MicroCHIPS, a Massachusetts-based biotech company which has created an implantable contraceptive chip that can be activated and deactivated using wireless control as per the will of the user.

The contraceptive chip has been designed to be inserted under the skin of a woman’s upper arm, buttocks or abdomen. The inserted chip, would slowly release hormone levonorgestrel, which is used in certain types of contraceptive pills and some of types of hormonal IUDs. .  It is intended to give a long-term fix to birth control and translates into – no more trips to the clinic or any procedures to remove the implant. The two of which can pose as a barrier for women in developing countries where they don’t have easy access to medical centers.

A non-hormonal copper IUD stands at 12 years. The life-span of the contraceptive chip developed is of around 16 years, which would mean fewer trips to the doctor. 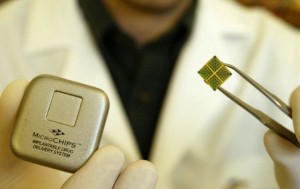 On a visit to MIT’s lab, Gates and his associated asked Robert Langer, professor at MIT, whether it was likely to create a birth-control that could allow a woman to turn off and on.

The inventors of the chip hold the belief that it will be more beneficial and on the off chance that it passes certain safety tests, it could be by 2018 and would be “competitively priced”.

Preclinical testing of the contraceptive chip, created by MicroCHIPS, will start one year from now. The idea of developing an implant lie this stemmed over two years ago. On a visit to MIT’s lab, Gates and his associated asked Robert Langer, professor at MIT, whether it was likely to create a birth-control that could allow a woman to turn off and on.

MIT said the contraceptive chip would need to be encoded to secure remote data stream and keep it secure. The chip’s size is 20mm x 20mm x 7mm and deposits of the hormone are stored in the 1.5cm wide microchip inside.

The chips every day dose of the hormone works through a minuscule electric charge melting an ultra-thin seal around the hormone. This would then discharge a 30 microgram dosage into the body.

The co-inventor of the chip, Dr Robert Farra, said that the control would need to be close enough for skin contact. “Someone across the room cannot reprogram your implant,” Dr Farra, from MIT, said. “The ability to turn the device on and off provides a certain convenience factor for those who are planning their family.”

Currently, the chip is being tested for safety and efficacy issues. MicroCHIPS is keen to introduce the product into the market as per their schedule of 2018 and would need FDA approval in order to retail in the United States.