The Biggest Kickstarter Campaigns of 2017

On asking any successful entrepreneur about what was the biggest hurdle when they decided to launch their own venture, a majority of them will have the same answer: funding. We have come across a number of instances wherein the launch of a particular startup has been delayed due to the lack of sufficient funds. There are times when someone has a genius idea but not the financial backup to make it materialize. At such times, the innovator has to put in all his personal money or pick up loans from the market at a very high-interest rate. This is where the technological advancement proves to be beneficial for budding entrepreneurs. There are various online portals which let you showcase your project amongst bidders from around the world and also take in pre-bookings for the same. This is known as crowdfunding on an online platform. One of the most popular companies doing so is Kickstarter. It has heavy traffic of investors as well as exhibitors on an everyday note and has raised an impressive amount of money so far. Here is the list of the biggest Kickstarter campaigns in the year of 2017. 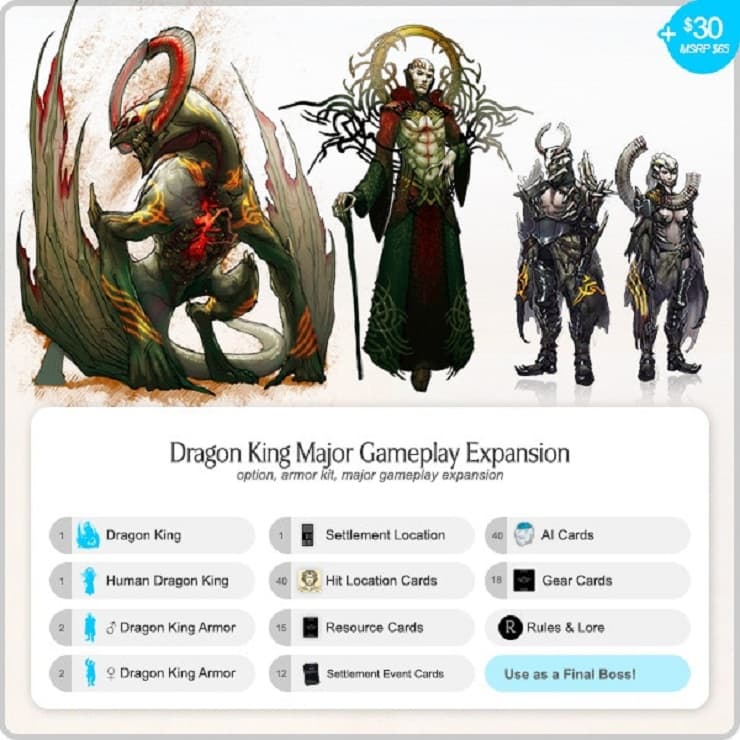 Kingdom Death Monster is basically a humongous board game which is based on the theme of a nightmare-horror world.

When the creators of this extravagant board game started its crowdfunding campaign towards the end of 2016, they wouldn’t even have guessed that it will become the highest grossing project in 2017 that too in January itself. This is exactly what happened with Kingdom Death. In order to make the conceptual project a reality, the creators set a goal of $100,000 which was to be fulfilled in 43 days. But it went much further than that. Kingdom Death Monster is basically a humongous board game which is based on the theme of a nightmare-horror world. The players in the game are supposed to survive here and fight for their lives under the claws of some fearsome creatures. On assembling this game, it gives the feeling of an actual fight for survival with huge structures taking over the table. Its retail price is $400. 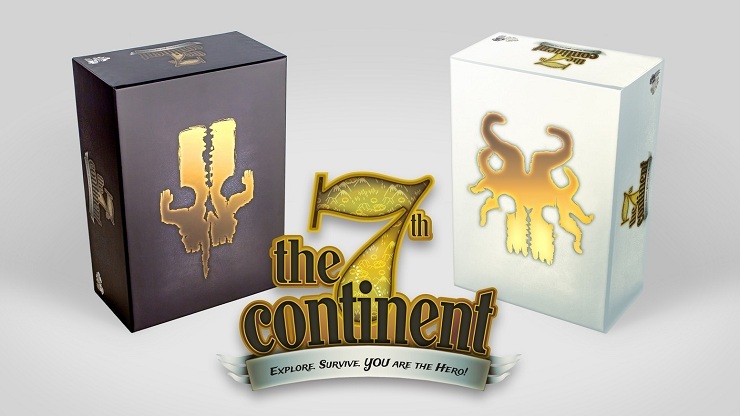 The game draws its inspiration from books which project the reader as the hero.

Here comes another board game which ended up making a lot of money due to its innovative concept. The main concept of a board game is to get rid of boredom and enjoy with a bunch of people around you. The 7th Continent brings a hint of adventure to this concept. The game draws its inspiration from books which project the reader as the hero and how he has to survive in crucial circumstances with the help of his bravery and presence of mind. Within the span of 23 days, this game crossed the goal of $40,000 with ease due to the contribution of 43,733 backers. The makers believe that the cost of producing such a game for retail use is extremely high hence it is only available through the crowdfunding campaign. 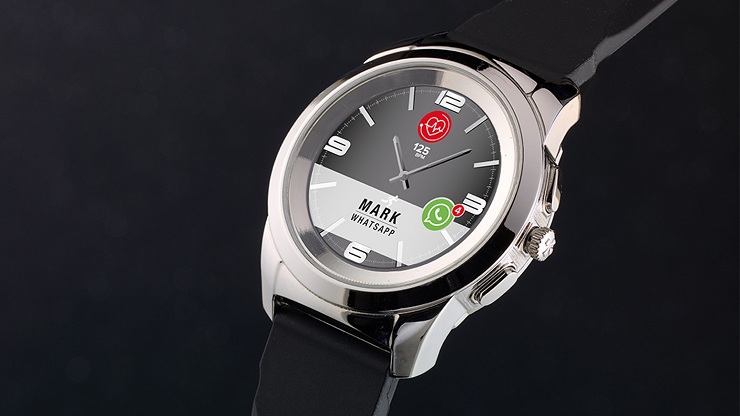 ZeTime came up with the concept which combines the best of technology while retaining the identity of watches.

Smartwatches are all over the place. Almost every tech brand has joined the race of manufacturing such devices. Not only this, but even customers are keen on buying smartwatches due to its appealing features and also in order to follow the trend. But the sleek touchscreens can’t really substitute the mechanical hands of our conventional watches. This is why ZeTime came up with the concept of amalgamating the best of technology while retaining the identity of watches. This means that it looks like your ordinary watch but has a touch screen and offers all the features which a smartwatch does. This novel concept has made ZeTime the first ever hybrid smartwatch that combines a full round touch screen with metal hands in the world. In its funding period of 35 days, it crossed the goal of$50,000 with the contribution of 26,828 backers. The smartwatch collection begins at the price of $119. 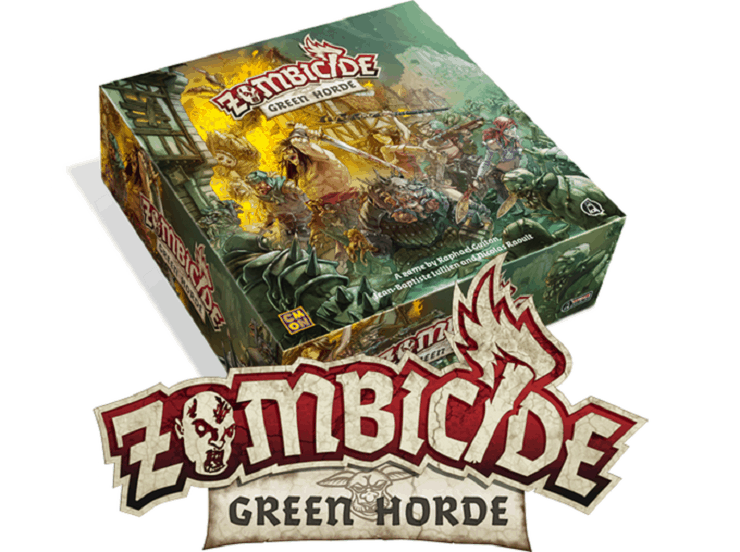 The players have to fight in a land which has been invaded by zombie orcs.

There is something which is very appealing about gothic games. Even though they seem scary and leave a lasting negative impact, curiosity of the fear gets the better of you and you end up wanting to try the game. If you feel so, then here we have such a game for you. Set in a gruesome background, it has action figures in different colors for each player. As the name of the board game suggests, the players have to fight in a land which has been invaded by zombie orcs. One can learn spells, earn weapons, and fight zombies in this game. Within 28 days, the pledged goal of $300,000 was achieved through 27,236 backers. One can get this game from Kickstarter at the price of$120. 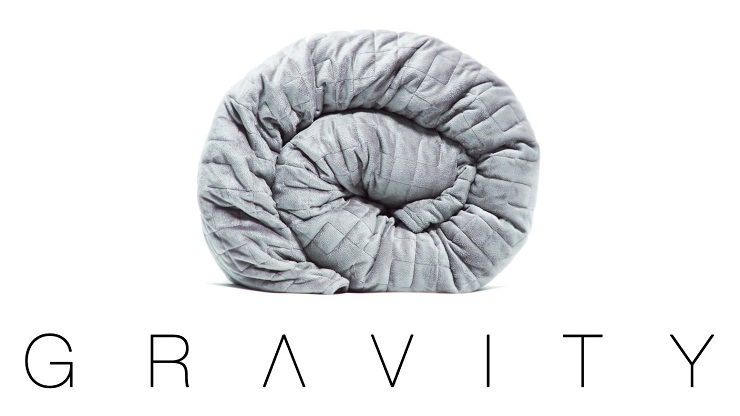 The weighted blanket distributes pressure in one’s body which relaxes the nervous system.

At the end of a long day, all you want to do is curl up under your quilt and have a peaceful sleep. Unfortunately, this doesn’t always happen. Stress, anxiety, over thinking, and other such factors result in sleep deprivation which is experienced by a majority of the population of the world. You may toss and turn in your bed all night long but sleep is the last thing that would come to you. This is where Gravity comes in handy. Gravity is a premium therapeutic blanket which instills the power of deep touch stimulation with the help of adding weight to it. This weighted blanket distributes pressure in your body which relaxes one’s nervous system. In the 34-day funding period, Gravity crossed its pledged goal of $21,500 by 23,805 backers. It’s available at the retail price of $279. 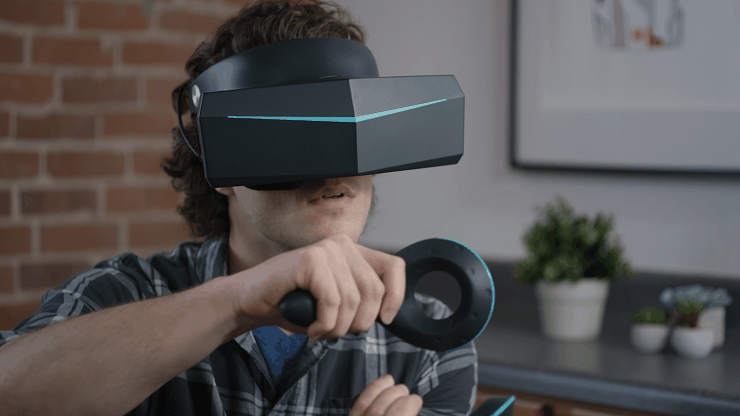 Pimax is known for being one of the lightest VR headsets that have ever been made.

Virtual reality is all over the place. We have moved on from marveling over the third dimension and are now eager to enter a new dimension altogether. This is why Virtual Reality headsets are selling like hot cakes these days. The success of Pimax is also because of this rapidly growing tech trend. Pimax is known for being one of the lightest VR headsets that have ever been made. This is a major advantage as the headset has to be strapped on one’s eyes and prolonged use of a heavy one can cause a headache. It also comes with extra accessories and attractive features. One can get its basic model at the price of $349 on Kickstarter. It crossed the pledged goal of $200,000 through the contribution of only 5,946 backers during its funding period of 45 days.

The land of Japan is known for its rich culture and intriguing history. Rising Sun is a board game based on the same. It is set in Japan and draws its inspiration from the age-old legends of the place. Kami is a god who has come down from heaven to reshape the land. All the players have to make sure that their clans achieve victory and worship Kami so that he acts in their favor. It also includes a hint of politics due to which one has to use his intellect as well. In 27 days, 31,262 people backed the project. One can get this game for only $100. 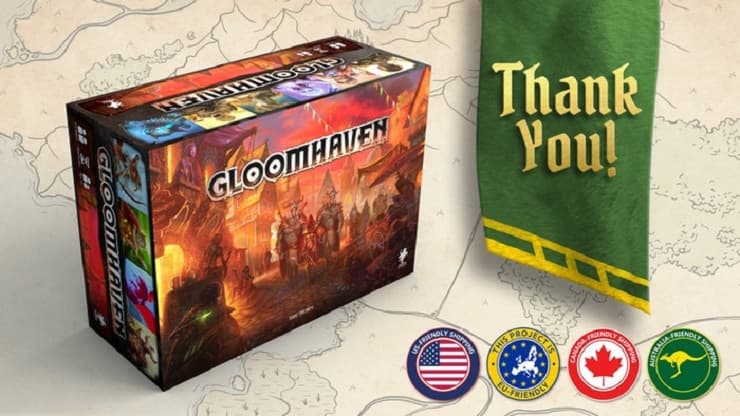 Gloomhaven lets you participate in a series of combat scenarios which have to be tackled in a certain manner.

It seems that adventure games are ruling Kickstarter. Here comes another such board game which has made it into the list of the biggest Kickstarter campaigns. The game focuses on providing an adventurous experience to its players within the confines of their homes. Gloomhaven lets you participate in a series of combat scenarios which have to be tackled in a certain manner. Every scenario in each series has a player competing with automated combats in a set of rounds. The rounds take place with the help of cards. As the funding period was only for 27 days, one can get their hands on this game in a retail store at the price of $99.

Christy Gren
Christy Gren is an Industry Specialist Reporter at Industry Leaders Magazine she enjoys writing about Unicorns, Silicon Valley, Startups, Business Leaders and Innovators. Her articles provide an insight about the Power Players in the field of Technology, Auto, Manufacturing, and F&B.
« Business Lessons from Nathan Blecharczyk, Airbnb co-founder
Whisk in a little of the World’s Most Expensive Whiskeys »
Leave a Comment
Close

Amazon-backed EV maker Rivian has filed for its initial public offering. We find out if the Rivian IPO is worth the price or simply the next internet bubble.
3 hours ago