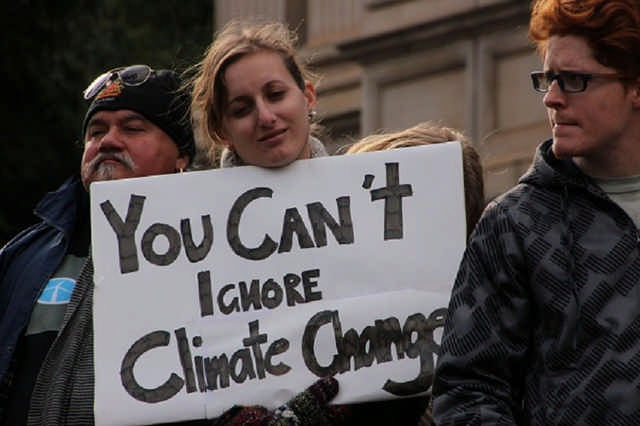 The true defining moment when the entire corporate America needs to stand in unison and publicly show the leadership on encountering the greatest threat to our social cohesion and prosperity- climatic change.

Like some cornered wild animal, the fossil fuel companies and its supporters are identifying that the wave of history is starting to turn against them; they are going to insure that they act with increasing malevolence, helped by lobbying dollars, in order to protect their status and wealth.

California’s legislators, this week received letters signed by several corporations in support of bills that might require the state to cut down its greenhouse gas emission by 2050.  Both letters quote the firms saying that tackling the climatic change is always one of the U.S.’ biggest economic opportunities for the 21st century.

Some of these firms you might expect to notice among advocates for powerful environmental policies:  The North Face, Ben and Jerry’s, and Patagonia. Whereas, there are also firms that are lesser known for their climate advocacy: The candy company Mars Inc. and Gap they signed both letters. The LA-based home building company KB Home and eBay, each signed a letter, too.

California has been the most prominent climate change- akin to legislative action. They signed the California Global Warming Solutions Act, in 2006, which requires the state to reduce its gas emissions back down from 2020 to 1990 levels.

The state is on its way to reach the aim, these new bills on the platform of the state legislature is pressuring for further revolution.

While the bigger firms are indulging themselves into addressing the issues of sustainability within their own workforce operations, in most the cases they are afraid to be noticed as the advocates of certain policy changes related to climate.

Now it is the time when deniers of Republican climate are being called out to make it clear that being the benefactors of business, their firms are rather at the risk of seen as the rivals of business than supporters.

Neslon admitted that gasoline, travel, food courts, and business centers performed exceptionally well, adding to the overall profits. The retailer hit an all-time high when it came
6 hours ago

Musk has been critical of Twitter’s free speech policies as he believes the social media giant is “the de facto public town square.” When the Elon Musk Twitter deal was annou
6 hours ago