Businesses and retailers, who welcomed the resumption of economic activities, are facing another crisis—protests and demonstrations against the death of an African American due to excessive use of police force. This has forced even big retailers like Amazon and Apple to scale back deliveries and shut retail stores. Apple kept some outlets shut, while Target Corp. extended store closures nationwide.

“We are monitoring the situation closely and in a handful of cities we adjusted routes or scaled back typical operations to ensure the safety of our teams,” an Amazon spokeswoman told Bloomberg News.

Retail stores in Chicago, Los Angeles, New York, and Minneapolis and many other states and cities have faced looting and breakage of store properties. 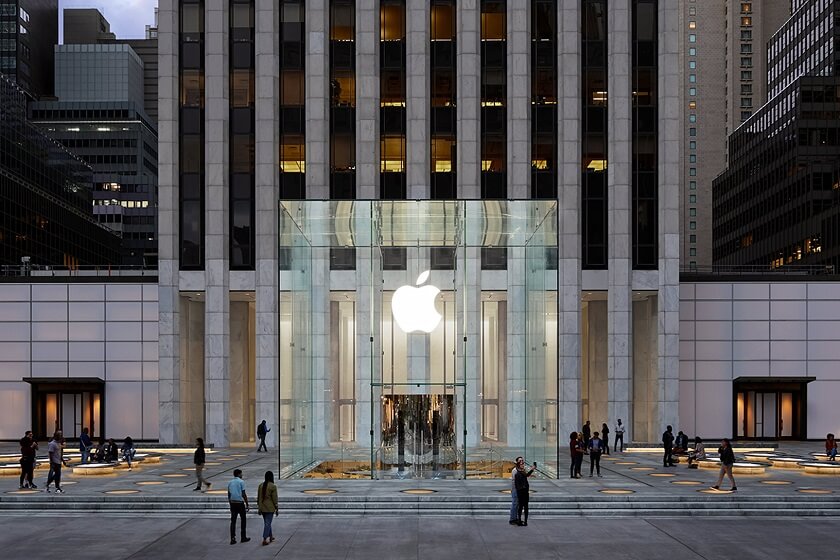 The redesigned Apple Fifth Avenue, one of New York’s most recognized landmarks.

Target has closed 32 stores in Minneapolis, where George Floyd died. The company announced the temporary closure of a dozen more outlets across the nation.

Apple had reopened about 130 of its 270 stores following the coronavirus pandemic, but most of them were again shut after the protests gained momentum all over the states.

Amazon has deferred the delivery of packages and adjusted routes to meet the new situation. Amazon was the only retailer generating some business during the pandemic. This additional crisis is sure to hit its bottomline a little. But it is the brick-and-mortar stores like Target, Costco, and smaller grocery shops and retail businesses hoping for some footfall resumption, which will be the hardest hit.

During the protests in New York,  groups of people poured down the sidewalks in Manhattan, breaking into Rolex, Kate Spade and Prada boutiques and electronics stores. Hundreds of people were arrested.
Thousands of people have come out on the streets to protest over Floyd’s May 25 death.

Amazon’s spokesperson told news outlets that the company was taking all precautions to protect their delivery personnel in the cities hit by the protests. In cities like New York, Los Angeles, and Chicago, the company advised it drivers: “If you are currently out delivering packages, stop immediately and return home. If you have not completed your route, please return undelivered packages to the pick-up location whenever you’re able to do so.”

Amazon said it was “in close contact with local officials and will continue to monitor the protests.”
The company said it will only resume operation once the situation is under control. They are monitoring protests in every zip code.

Following six days of protests some cities have imposed curfews in the evening and night hours. There is an 11 p.m. to 5 a.m. curfew in New York.

Restaurants and eateries that have opened up recently are facing threats and heckling from protesters and are losing customers. Some restaurants have been put on fire. Along with demonstrations against racial profiling and police brutality, the outcry has also engulfed the economic disparities amongst the haves and have nots. The pandemic has forced many people out of jobs with millions applying for employment aid. The pandemic, racial unrest, and growing fears of recession and poverty have brought matters to a head.

Anna Domanska
Anna Domanska is an Industry Leaders Magazine author possessing wide-range of knowledge for Business News. She is an avid reader and writer of Business and CEO Magazines and a rigorous follower of Business Leaders.
« COVID-19 Takes A Bite Out of Global Smartphone Sales
Apple May Reach $2 Trillion Valuation in 4 Years, Says Analyst »
Leave a Comment
Close