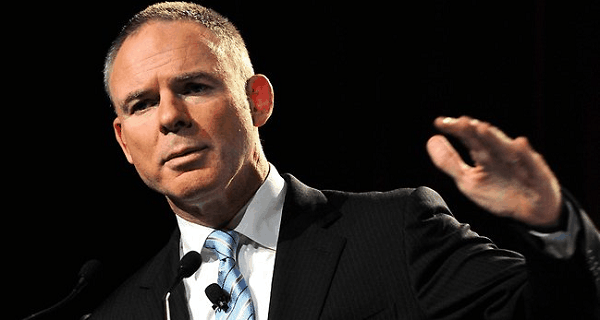 BHP Billiton informed that it finally got rid of the Pinto Valley copper mine and a railroad in Arizona. The lucky buyer of these assets is Canada’s Capstone Mining Corp. which is to pay as much as $650 million to the global mining giant. The sale price for these assets is substantially higher than analysts’ estimates ranging from $200 million to $300 million. Interestingly, everything indicates that the BHP Billiton’s divestment operation is speeding up.

On the 29th of April, BHP Billiton released a statement in which it divulged a sale of Pinto Valley and a railroad in Arizona. The sale of these assets is in line with BHP Billiton’s strategy aimed at reducing costs and cutting debt. As of yet, the divestment operation has generated as much as $5 billion for the global mining giant and it seems that it has already begun to jell.

Certainly, the purchase of Pinto Valley and a railroad in Arizona is beneficial for Canada’s Capstone Mining Corp. as it will mean widening its portfolio of assets mainly located in North and South America. The contract, which is to be finalized in the second part of 2013, will give the Canadian company the third producing mine. The mine is estimated to bring up to 150 million pounds of copper in concentrate and roughly 10 million pounds of copper cathode each year, thereby substantially increasing the Capstone Mining Corp.’s production. Darren Pylot, chief executive officer at Capstone Mining Corp., noted a significance of the asset, underlining: “Pinto Valley represents a unique opportunity to acquire a mid-sized producing copper mine in a well-established and low-risk mining jurisdiction with a significant mineral resource.”

The the transaction is expected to metamorphose the Canadian company into an intermediate copper producer.

The sale of the Pinto Valley mine and a railroad is in line with the BHP Billiton’s strategy aimed at  cost reduction. Therefore mining giant BHP Billiton is trying to get rid of 10 assets, but the fact is that also other mining giants are attempting to sell their operations, including Rio Tinto Group. The Australia-based giant has already got rid of some assets, including a 37 percent stake in a mineral sands project in South Africa. It is widely expected that the mining giant will sell its manganese and aluminium assets as it has been trying to focus on its core assets. But the company is also speculated to get rid of even the Zamzama operation in Pakistan.

The fact is that BHP Billiton is facing many challenges, just to mention that it recorded a harsh slump in first-half profit of nearly 60 percent.  However, the company is convinced that it will record strong results for 2013 due to its iron ore and coal assets.

Without a doubt, the sale of the Pinto Valley copper mine and a railroad in Arizona might be a good sign for shareholders as this contract simply will increase the chances of a special dividend in 2013, according to analysts.

Amazon Inc. plans to set up a pop-up clinic at its Seattle headquarters on January 24 to help vaccinate 2,000 eligible members of the publi...
44 mins ago