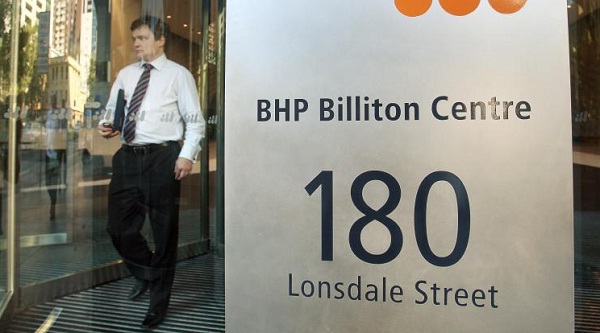 On the 7th of March, BHP Billiton Ltd. firmly rejected China’s allegations of iron ore manipulation aimed at driving prices up, underlining that it would improve its transparency in trade with the world’s second economy. China, which is the world’s biggest consumer of iron ore, is convinced that three iron ore miners manipulated the market, thereby pushing prices up.

It all started on the 6th of March when China’s National Development and Reform Commission publicly shared its conclusions on the iron ore market, stating that the world’s largest three iron ore miners had a hand in price increases of iron ore.  While the China’s main economic planning agency did not name the companies, it is obvious that the world’s second economy meant Vale SA, Rio Tinto Plc and BHP Billiton Ltd. According to China’s  National Development and Reform Commission, the aforementioned companies interfered with the market which led to an 80 percent increase in iron ore prices in the last six months.

The accusation might sound ridiculous for some, but taking into account the fact that China is the top consumer of iron ore as it buys two-thirds of globally traded material, it might be disastrous in consequences.  On the other hand, China does not have a wide range of choice as it is forced to purchase iron ore from Vale SA, Rio Tinto Plc and BHP Billiton Ltd.  But it can always wag its finger at the world’s largest iron ore miners and it has already done it amid increasing material costs that have negatively impacted Chinese steelmakers.

It was BHP Billiton Ltd. which first commented on allegations of iron ore manipulation. Vale SA and Rio Tinto Plc have not yet commented the statement of China’s National Development and Reform Commission.  According to a BHP Billiton’s statement released on the 7th of March, the company underlined that it tried to operate its assets at its full capacity, adding that it produced record volumes of the much desired material in the July – December 2012 period. To top it all, BHP Billiton stated that it sold all of iron ore produced at the time.

Indeed, iron ore prices sharply went up from $87 per ton in September to approximately $150 per ton. Yet, analysts strongly note that this iron ore price increase was not driven by any actions of the producers of the material, but by the manufacturing and construction sectors in China. Prices were so low as the China’s economy slowed down amid its internal problems and the European debt crisis which hurt the Chinese exports. However, when the rebound was seen, the sectors started being in need of iron ore again. And simply China’s demand for iron ore is the main driver of the recent price increases.

And while the basic laws can explain the iron ore price increases, China’s National Development and Reform Commission pinned the blame for high prices on Vale SA, Rio Tinto Plc and BHP Billiton Ltd. which allegedly delayed shipments, held back stock and bought back iron ore to drive prices up. What is interesting is the fact that some iron ore miners seem to have agreed with the China’s accusations that the market was not completely transparent.

A GPS navigation satellite built by Lockheed Martin is set to ride a reused SpaceX booster on a launch from Cape Canaveral, Florida, Thursday. It will be the first time a military
17 hours ago