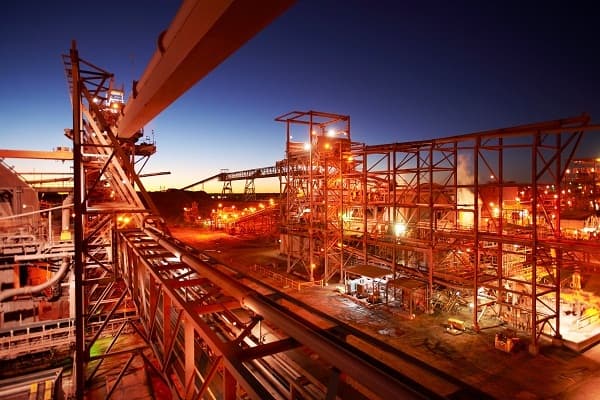 BHP Billiton, the top global miner, informed that its Olympic Dam cooper expansion project was delayed. BHP officials added that no major projects would be approved till June 2013. BHP called off one of its “mega projects” called Olympic Dam, which had aimed to expand the company’s copper-uranium development is South Australia as it has to face increasing capital costs.

According to some sources, the China’s slowdown was one of main reasons of calling off the Olympic Dam project. Moreover the company also announced a 35 percent drop in net profit.

BHP officials announced a 35 percent drop in second-half dropping commodity prices. Marius Kloppers, chief executive at BHP Billiton, has noted that both commodity prices and rising costs are not the best conditions for expanding BHP Billiton businesses and plans, especially the mine.

Marius Kloppers, chief executive at BHP Billiton, noted: “As we finalized details of the project in the context of current market conditions, our strategy and capital management priorities, it became clear that the right decision for the company and its shareholders was to continue studies to develop a less capital intensive option to replace the underground mine.”

On Wednesday BHP Billiton informed that net profit, including a write-down on its American shale gas assets and a $346m before-tax charge on the Olympic Dam project fee, dropped 34.8 percent to $15.4 billion for the year ended on 30th of June.

Decisions, which have been recently made by BHP Billiton, will likely have an impact on global commodity prices. If BHP competitors follow the trend and call off their planned expansion, it will also increase the probability of a gain in commodity prices. Big miners have, basically, a great influence in terms of supply and sentiment as well. However the decision to hold on the expansion also may result in public thinking that the supply side is doubtful which can take effect in stimulating commodity prices.

And as it was stated before, the decision to delay the Olympic Dam project is a major hit for South Australia.  State authorities had expected to receive about $350 million in royalties each year from the BHP Billiton project. In October 2011 company announced $US1.2 billion in pre-commitment capital for its flagship investment in Australia.

Anna Domanska
Anna Domanska is an Industry Leaders Magazine author possessing wide-range of knowledge for Business News. She is an avid reader and writer of Business and CEO Magazines and a rigorous follower of Business Leaders.
« 800 Aviva jobs at risk due to restructuring
Infrastructure Guarantee planned by the UK to strengthen economy. »
Leave a Comment
Close