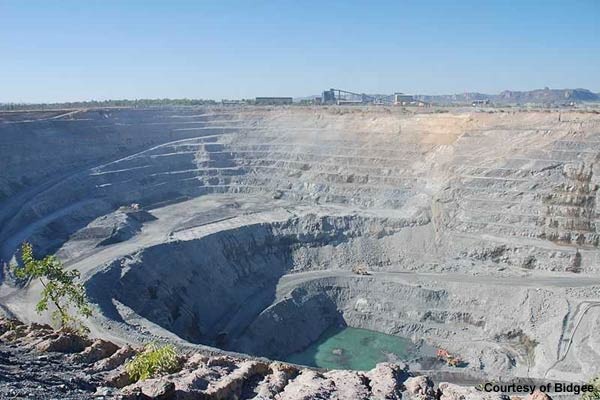 Almost one week after an announcement regarding calling of the Olympic Dam Project, BHP Billiton has informed that it is selling one of Australian largest undeveloped uranium deposits. BHP Billiton tries to adjust to the new economic situation, where commodity prices are falling and the whole mining industry seeks to survive worse days.  As a result of the current economic situation BHP Billiton decided to sell its Yeelirrie uranium deposit in Western Australia to Canada’s Cameco Corp., one of the world’s biggest listed uranium producers, for $430 million; the deal will have to obtain regulatory and state government approval.

Marius Kloppers, chief executive at BHB Billiton, confirmed that the deposit was too small for the company’s portfolio and the firm decided to sell it. Cameco Corporation, one of the largest uranium producers with listings on both the Toronto and New York Stock Exchanges, was advised to purchase Yeelirrie uranium project in Western Australia for $430 million.

BHP Billiton back out of uranium-related projects

BHP Billiton, the Melbourne-based company, just last week informed about a decision to postpone the Olympic Dam cooper expansion project after construction cost increased and price dropped. BHP Billiton also decided not to approve any new major projects until mid-2013. Marius Kloppers remarked that the current situation on the market was not the best for expanding BHP Billiton’s projects.

Marius Kloppers added that these days the company did not have aspirations to purchase or build uranium-only mines. However BHP Billiton chose to retain Olympic Dam, which is the largest uranium deposit in the world, because it also hosts copper, gold and silver as well. As for the sale of Yeelirrie uranium deposit, he added: “Generally speaking those mines are too small a scale to fit in our portfolio and the product, quite candidly, is too small to fit into our portfolio on its own.”

The BHP Billiton’s decision to postpone the Olympic Dam project probably helped the company to obtain $430 million for the sale of the Yeelirrie uranium deposit in Western Australia to Canada’s Cameco Corp.

Yeelirrie, which is one of Australia’s largest undeveloped uranium deposits, is located 750 kilometers south of Cameco’s Kintyre exploration project. Dean Dalla Valle, president of uranium division at BHP, is convinced that Cameco is well placed to develop the recently acquired deposit.

Yeelirrie deposit is estimated to have a total resource of 139 million pounds of uranium. According to Tim Gitzel, president and CEO at Cameco, the deposit is very attractive and it fits with the company’s vision and strategy as well.

The purchase of the Yeelirrie uranium deposit is expected to be closed by the end of the year; first the deal has to obtain approvals from the WA government and the Foreign Investment Review Board.

These days most mining companies are scaling back expansion plans and reducing cost as well. The purchase of the Yeelirrie uranium deposit is a daring decision especially because of a very long history of successful opposition to uranium mining at Yeelirrie.

However Cameco, is highly respected in the industry, is already active in Australia and works on 20 exploration project. Company’s officials are convinced that the purchase of Yeelirrie uranium deposit will help them expand the business.